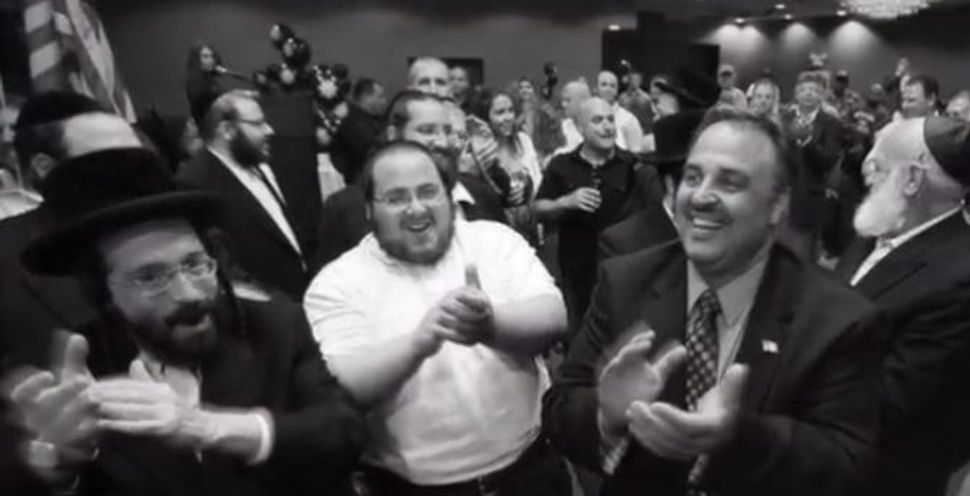 The Anti-Defamation League is slamming an advertisement for a candidate for Rockland County sheriff as highly offensive for its negative portrayal of Hasidic Jews.

The ad for Richard Vasquez includes a photograph of Lou Falco, the current sheriff of the suburban New York county, surrounded by Orthodox Jews as a narrator says the sheriff “has refused to enforce illegal housing laws.” The video, titled “Where Does Louis Falco Stand on Illegal Housing?,” purportedly was posted on the Internet by the Rockland Republican Party, according to the ADL.

“We find the use of an image of visibly identifiable Jews in this campaign video to be deeply troubling, highly offensive, and inappropriate, as it essentially blames the Orthodox Jewish community for the substandard and illegal housing problems in Rockland,” the ADL’s New York regional director, Evan Bernstein, said in a statement. “Voters should be encouraged to make decisions about candidates based upon their qualifications, political positions and not on the basis of race or religion without offensive insertions ascribing blame on an issue to a particular religious group.”

Rockland County, which is estimated to be one-third Orthodox and includes the Hasidic village of New Square and the sprawling Orthodox community of Monsey, has seen intense infighting between the burgeoning Orthodox population and local opponents. A major focus has been the East Ramapo public school board, which has a Hasidic majority that has been stripping local public school budgets and selling off public school buildings to yeshivas at cut-rate prices.

“We urge Mr. Vasquez to edit the video and make clear that the crux of his campaign – and this county issue – has nothing to do with the Rockland Jewish community,” Bernstein said in the statement.