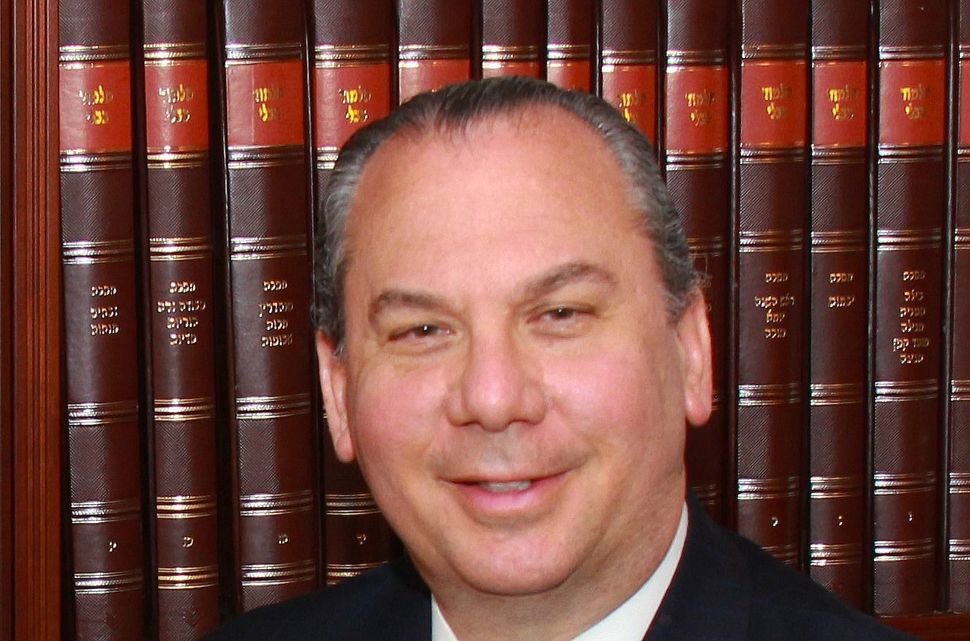 A tony New York congregation is standing by its embattled rabbi.

Morris Tuchman, president of The Hampton Synagogue, in Westhampton Beach, N.Y., said that Rabbi Marc Schneier “has served, and continues to serve, our congregation in an exemplary manner and we are proud to have him as our rabbi.”

Schneier was expelled from the Rabbinical Council of America earlier this year, according to a source with first-hand knowledge of the expulsion who refused to be named.

The RCA did not publicize Schneier’s expulsion at the time.

The rabbinic group continues to refuse to comment on when and why Schneier was expelled.

Reached by phone on June 5, Schneier said that the RCA never informed him that he has been expelled and that the idea of him being expelled was “crazy.”

Tuchman said he has never been informed of Schneier’s expulsion either.

Tuchman refused to say if he has checked Schneier’s status with the RCA or if he accepts that his congregation’s rabbi has been expelled.

“Answering these questions implicates the ‘priest-penitent’ or attorney client privilege and I am not ethically at liberty to respond to them,” he said.

Tuchman added: “I will say, however, that Rabbi Schneier is beloved by the congregation/community that he built over the last 25 years.”