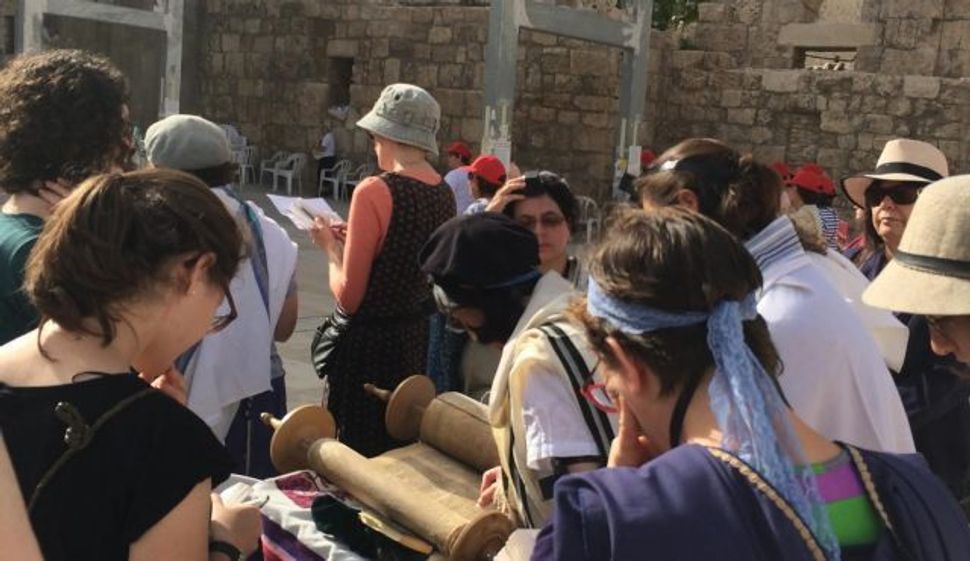 For the second time in less than two months, a feminist prayer group has succeeded in bringing a Torah scroll into the women’s section of the Western Wall, in defiance of existing regulations at the Jewish holy site in Jerusalem.

This morning, an organization known as Original Women of the Wall held a prayer service in the women’s section, followed by a Torah reading, to honor one of its founding members. The group of close to 20 women included Orthodox, Conservative, Reform and unaffiliated Jews, participants said.

There was no attempt this morning to stop the women when they began reading from the Torah, and no incidents of violence were reported.

During a prayer service held a month-and-a-half ago by Women of the Wall, male supporters of the group handed a Torah scroll over to the women from the men’s section. Some of the men involved were detained for questioning and physically assaulted.

Representatives of the splinter group said that the Torah scroll was not handed over to them from the men’s section this morning. They refused, however, to disclose how they were able to get it through the security checkpoint at the entrance to the holy site, where all bags are checked and Torah scrolls have often been confiscated.

The fact that this morning’s Torah reading went smoothly with no interference from police or ultra-Orthodox demonstrators who object to women engaging in such practices proves that clashes are not inevitable when women assert their religious rights, said Shulamit Magnus, an original founder of Women of the Wall who is one of the leaders of the splinter group. “We minded our own business, everyone else minded their own business, and it shows that the allegations are bogus that if women do what we did, things will blow up,” said Magnus, a professor of Jewish studies and history at Oberlin College.

She said the morning prayer service was held in honor of Bonna Haberman, a founding member of the Israeli constituency of Women of the Wall.