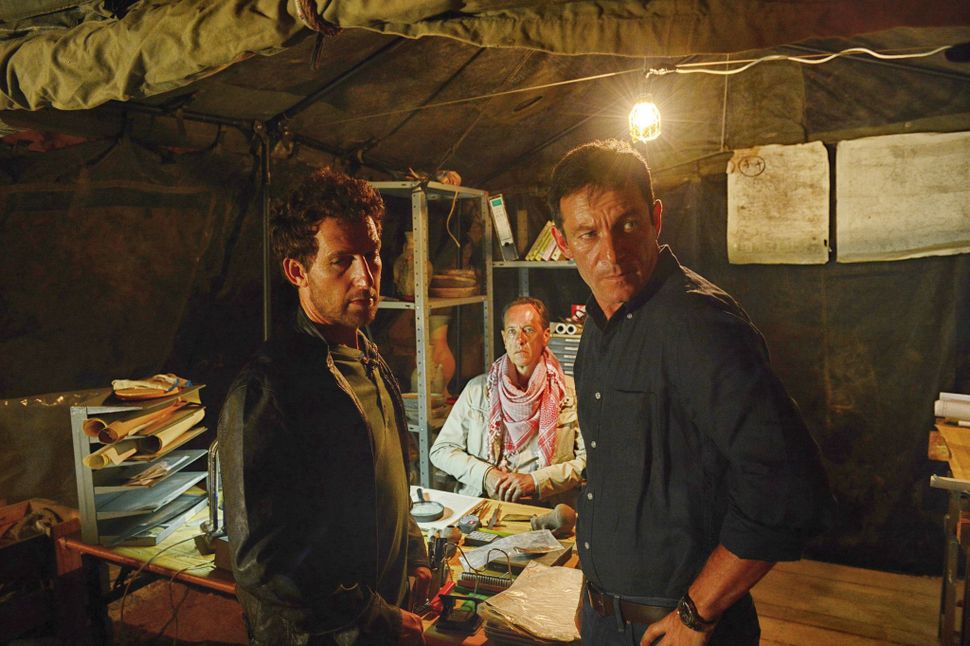 The American television drama series “Dig,” which was filmed in Jerusalem, reportedly has been cancelled after one season.

The USA Network decided to cancel the series after soft ratings, the Seriable website reported.

The network had planned to base each new season around a new mystery while retaining some of the original characters, according to the website.

The first season, staring Jason Isaacs and Anne Heche and produced by Gideon Raff, centered on an American FBI agent stationed in Jerusalem who uncovered a conspiracy while investigating the murder of an American archaeologist.

The series raised the hackles of pro-Palestinian groups when it was announced that it would be filmed in the eastern Jerusalem neighborhood of Silwan, which has been a flashpoint in Israeli-Palestinian relations.

“We hope that this sends a clear message to NBC and the entire entertainment industry: there is no business to be made in the context of Israeli oppression and occupation,” said Zakaria Odeh, executive director of the Civic Coalition for Palestinian Rights in Jerusalem, referring to Israeli government funding of the program.