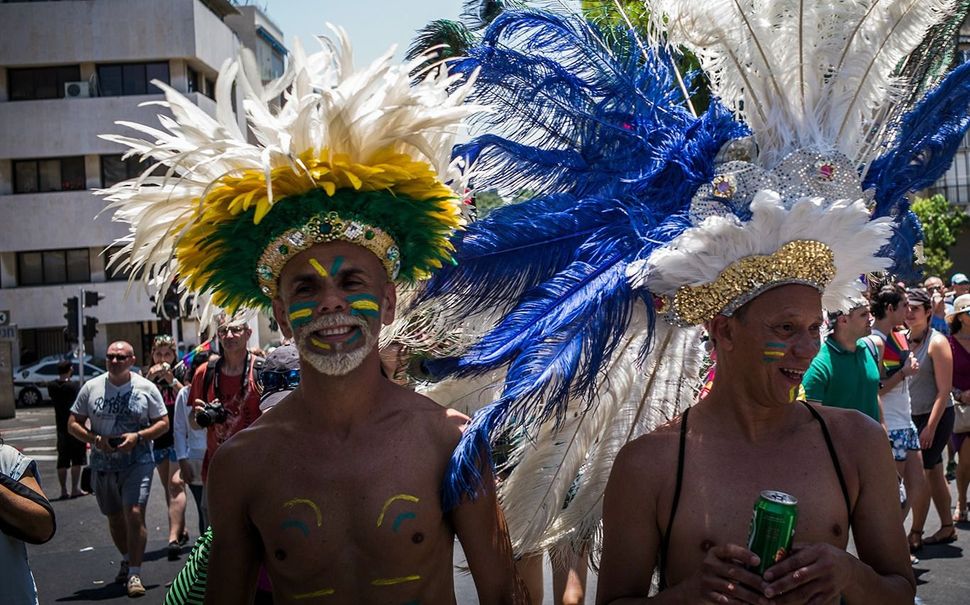 Tens of thousands of people participated in Tel Aviv’s annual gay pride parade, whose theme this year was the transgender community.

Some participants in the procession from Meir Garden’s Tel Aviv Municipal LGBT Community Center to the city’s beach painted rainbow colors on zebra stripes of road crossings across the city, according to the report.

On Wednesday, Prime Minister Benjamin Netanyahu congratulated members of Israel’s gay and lesbian community ahead of the parade.

“As Pride Week unfurls, I would like to send my congratulations to the LGBT community,” Netanyahu wrote in Hebrew on Twitter. “The fight for recognition for every person as equal before the law is a long one and there is plenty of progress to be made. I am proud of how Israel is one of the world’s most open-minded countries in its treatment of the proud community and that its discourse is becoming each year more respectful and accepting.”

Israeli media devoted considerable attention to the initial refusal of Bar Ilan University, which has many religious students and a leading Bible studies department, to allow a gay pride event. Following the critical coverage, the university has allowed gay students to hold an event Sunday.

The Israel Defense Forces also noted marked Pride Week on its official website with an article featuring an interview with a transgender lieutenant who was a woman when enlisting in the IDF.

The lieutenant, identified only by his first name, Shachar, recalled how he received special permission to wear a men’s uniform while serving in the IDF as a woman, after he explained his gender identity issues to his commanding officers. He was asked about this choice of clothing during the final stages of his training as an officer, Lieutenant Shachar recalled.

“I decided to answer the question to the whole group, and that was the first time that I had done so before a large forum. I said I wear men’s uniform because that’s how I feel, how I’ve always felt,” Lieutenant Shachar said.