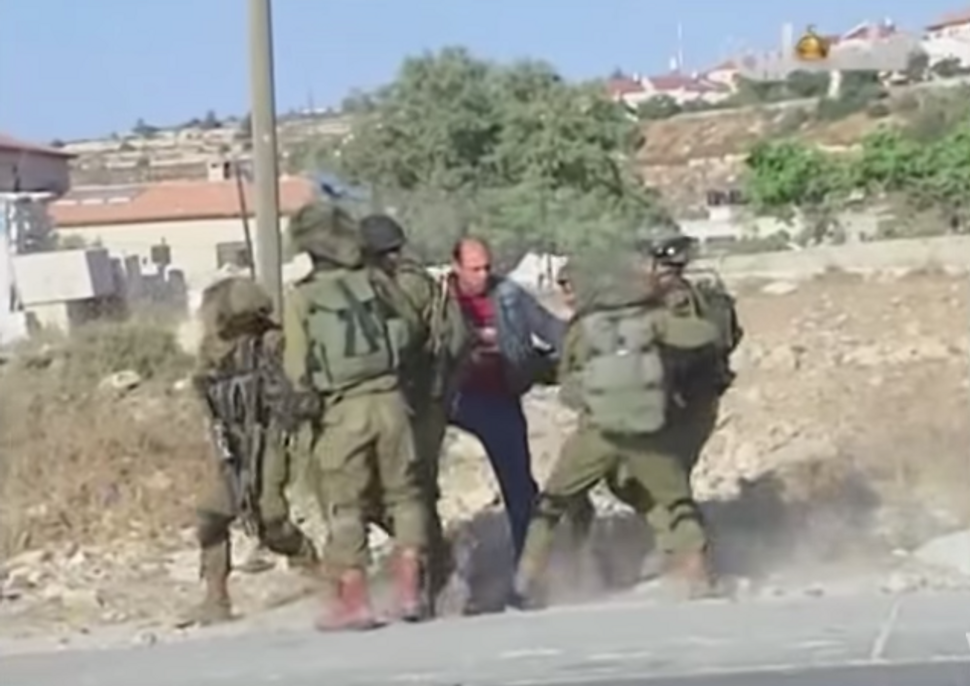 The Israeli army said it was investigating soldiers who were filmed beating an unarmed Palestinian during a protest in a West Bank refugee camp on Friday.

The video posted on social media showed the Palestinian being hit with a rifle butt and wrestled to the ground, where he was punched further and a soldier’s knee was pressed against his head. He was then handcuffed and taken away.

“Those (soldiers) involved in the incident were summoned to meet with the brigade commander (Sunday) morning for a clarification and debriefing of the event; if necessary, disciplinary action will be taken against (the soldiers). Based on preliminary investigation, it appears that the conduct displayed in the incident is inconsistent with that expected of IDF (Israel Defense Forces) soldiers,” the military said in a statement.