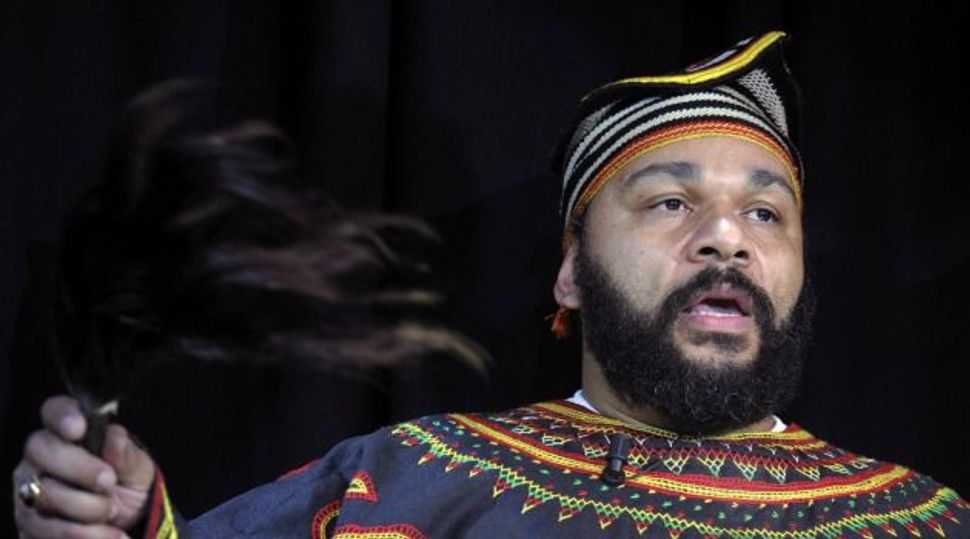 The French comedian Dieudonne M’bala M’bala lost his appeal over the parody of a song by a French Jewish singer and Holocaust survivor.

The country’s highest appeals court on Thursday upheld the ruling by the French Supreme Court in January and tacked on an additional daily fine for his not removing the parody from online venues. In total, the fine comes to more than $146,000.

Dieudonne, who has been convicted seven times for inciting racial hatred against Jews, changed the song by the late Barbara from “The Black Eagle” to “The Black Rat.” He reportedly called the singer “crazy.”

Her descendants argued that the parody was anti-Semitic in nature and humiliated the artist, who died in 1997, the French daily LeFigaro reported.

Barbara, born Monique Andree Serf, was forced into hiding at the age of 10 during the Nazi occupation of France, according to the Times of Israel.