More Palestinians Will Pray on Temple Mount for Ramadan 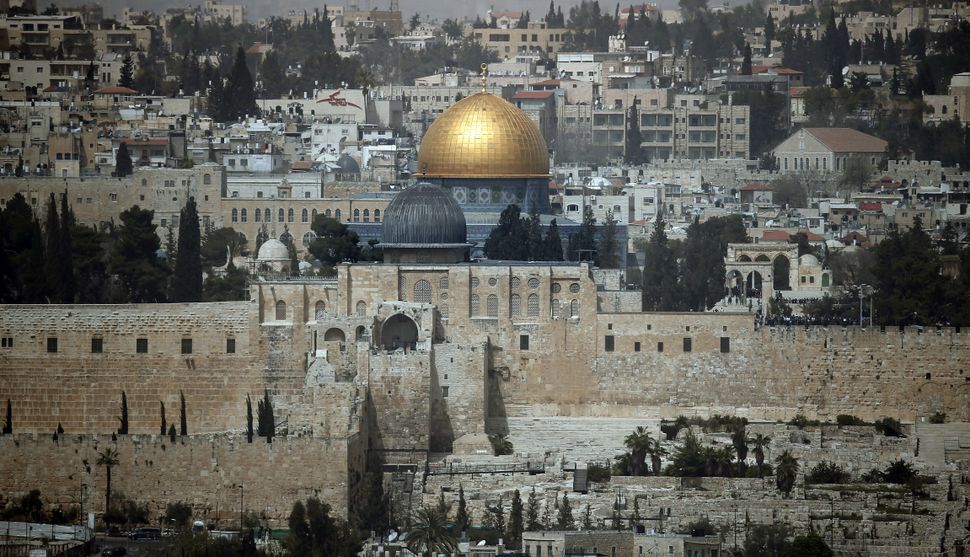 Hundreds of Palestinians from the West Bank and Gaza will be allowed to pray on the Temple Mount on Fridays during Ramadan.

Israel’s Defense Ministry made the announcement on Tuesday, a day ahead of the start of the Muslim holy month. The Palestinians will also be allowed to visit family members inside Israel and the West Bank, the ministry said.

Meanwhile, the Orthodox Union has encouraged its members to participate in a letter-writing campaign calling for an end to anti-Jewish harassment on the Temple Mount, a site that is holy to both Muslims and Jews.

The campaign by the Jerusalem-based Temple Institute calls on lawmakers to “guarantee the basic freedom and dignity of all citizens.”

“We call upon all Rabbis and Jews of conscience to stand-up and be-counted as their people are attacked and harassed on our holiest site on a daily basis,” said Rabbi Chaim Richman, international director of the Temple Institute. “Had this type of anti-Jewish sentiment been expressed anywhere outside of the Jewish State, there would have already been outcry and thousands of people would have taken to the streets. The daily incitement and racism demonstrated to Jews has already led to bloodshed and its time that Jewish leaders worldwide take a stand, before more Jewish blood is spilt.”

Jewish visitors to the Temple Mount are not allowed to pray on the site. Jews are routinely harassed there, including by veiled Muslim women who shout insults at the visitors while following them around the site. Israel Police reportedly also hound the Jewish visitors to make sure they are not praying.

In a video spread on news websites, a Jewish visitor last week was prevented by Muslim rioters from drinking from a public drinking fountain on the Temple Mount. A second man who drank from a fountain was arrested by police.

A Knesset committee meeting on Tuesday to discuss allowing an increased Jewish presence on the Temple Mount was halted shortly after it began due to fighting among lawmakers. During the meeting, Arab-Israeli lawmaker Jamal Zahalka of the Balad party warned that “blood will flow” if the status quo regarding Jewish prayer is changed, and lawmakers called each other fascist and terrorist.

More Palestinians Will Pray on Temple Mount for Ramadan