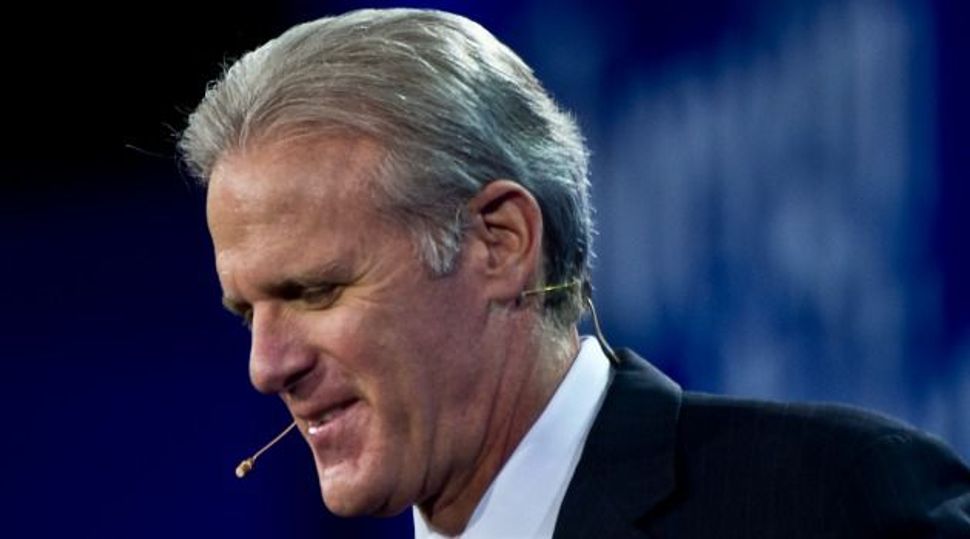 Michael Oren in an Op-Ed appearing Tuesday in The Wall Street Journal said Obama abandoned the principle of keeping disagreements private and of “no surprises” between the countries.

Oren, who served as ambassador from 2009 to 2013, faulted the Israeli government for announcing settlement building at inopportune times, but said that Prime Minister Benjamin Netanyahu was not personally responsible for the missteps.

“But Mr. Obama posed an even more fundamental challenge by abandoning the two core principles of Israel’s alliance with America,” Oren wrote, adding that Obama was not anti-Israel and bolstered the security relationship.

“Immediately after his first inauguration, Mr. Obama put daylight between Israel and America,” Oren said, referring to a July 2009 meeting with Jewish leaders in which Obama said that the policy of “no daylight” with Israel was detrimental to U.S. interests and to advancing the peace process.

Obama in his remarks at that meeting was referring to the tendency of his two immediate predecessors, George W. Bush and Bill Clinton, of keeping differences with Israeli leaders out of the public eye, although there were instances in both presidencies of open disagreement with Israel.

“The other core principle was ‘no surprises,’ ” Oren wrote. “President Obama discarded it in his first meeting with Mr. Netanyahu, in May 2009, by abruptly demanding a settlement freeze and Israeli acceptance of the two-state solution.”

Limits on settlement building and the two-state solution were policies in place since the Clinton administration.

Oren, now a lawmaker in the Israeli Knesset as a member of the center-right Kulanu party, advised a return to the policies of “no daylight” and “no surprises.”

“Now, with the Middle East unraveling and dependable allies a rarity, the U.S. and Israel must restore the ‘no daylight’ and ‘no surprises’ principles,” he wrote. “Israel has no alternative to America as a source of security aid, diplomatic backing and overwhelming popular support. The U.S. has no substitute for the state that, though small, remains democratic, militarily and technologically robust, strategically located and unreservedly pro-American.”