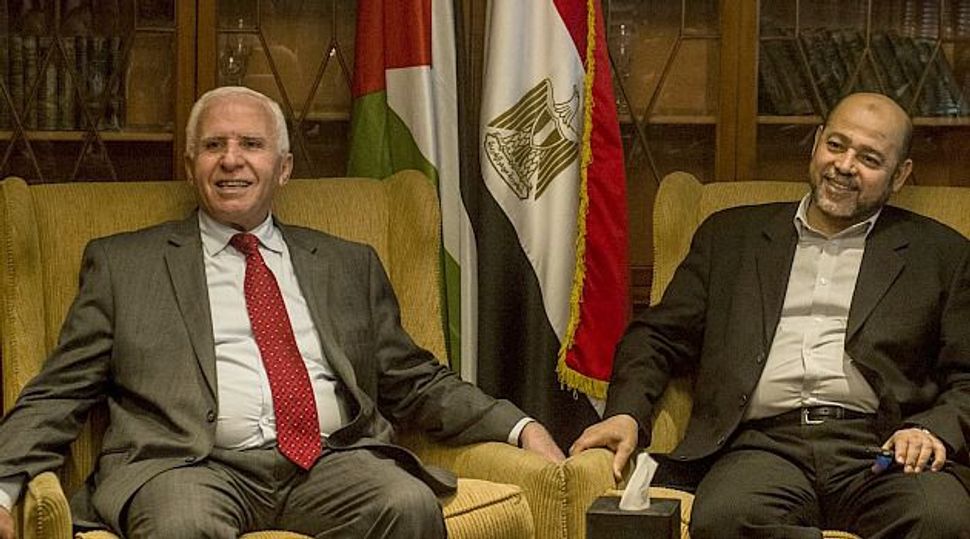 Resignation letters were given to P.A. President Mahmoud Abbas in Ramallah on Wednesday, the French news agency AFP reported. The possible collapse of the 14-month-old-government was signaled on Tuesday, despite P.A. denials.

The Palestinian unity agreement was signed in April 2014.

Hammad reportedly said that Hamas would be included in consultations to form a new government. Hamas reportedly had been against the dissolution of the government and said it was not consulted by Fatah, Abbas’ party, before the resignation were submitted.

The announcement of the resignation comes amid reports of indirect talks between Hamas and Israel in order to reach a long-term truce in the wake of last summer’s Gaza conflict. Arab and European countries reportedly have mediated the talks.