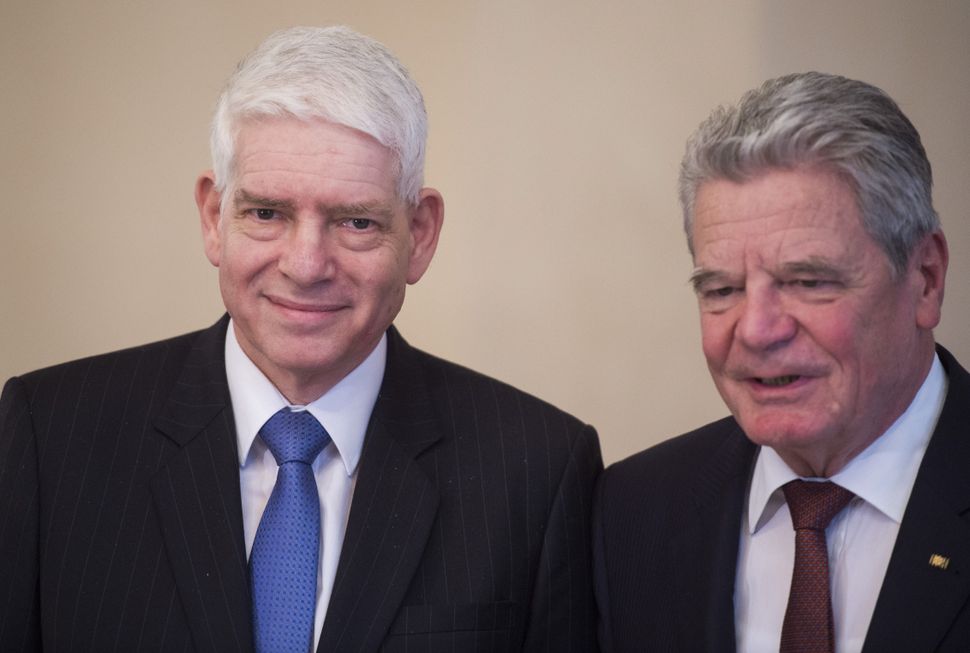 Speaking at a conference in Berlin last week, Josef Schuster, head of the Central Council of Jews in Germany, said he hopes for a clear sign from the Protestant Church condemning Luther’s anti-Jewish writings, ahead of the 500th anniversary of the Reformation in 2017.

Luther’s statements on Jews were “not at all acceptable,” the Juedische Allgemeine weekly quoted Schuster as saying at the June 10 conference titled “Reformer, heretic, enemy of the Jews – Jewish perspectives on Martin Luther,” which was organized by the Central Council and the Evangelical Academy. In his voluminous 1543 text “On the Jews and their Lies,” Luther called Jews a “base” people and urged faithful Protestants to burn down synagogues and drive Jews from their homes. Luther was responsible for regulations barring Jews from working or living in his region.

Nikolaus Schneider, former council president of the Protestant Church in Germany, told Schuster during a public discussion at the June 10 conference that the church has begun to confront Luther’s anti-Jewish sentiments, adding he was he was fairly sure the council would issue a declaration on the matter in time for the anniversary, the Juedische Allgemeine weekly reported.

In 1517, Luther disseminated his Ninety-Five Theses condemning various church practices. According to some, he posted the theses on the door of the All Saints’ Church in Wittenberg, Germany.

But while Luther took church leaders to task on their abuses, it has taken too long for Protestants to take Luther himself to task, critics have said.

For Jews, there is “no good or bad Luther… just the Luther whose encouragement to burn synagogues and drive out the Jews” they cannot forget, Doron Kiesel, the German-Jewish council’s director of educational programs, said at the conference, according to the Juedische Allgemeine.