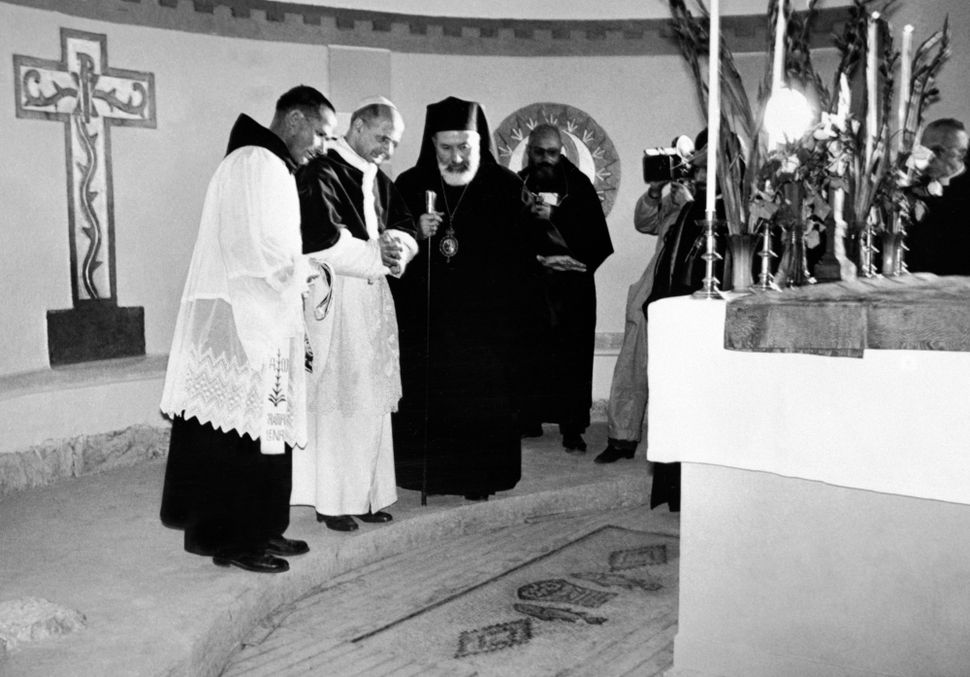 An arson attack on Thursday gutted part of a church at the traditional site of what Christianity reveres as Jesus’s miracle of the feeding of the 5,000 on the shore of the Sea of Galilee, the Israeli fire brigade said.

Prime Minister Benjamin Netanyahu ordered Israel’s Shin Bet internal security service to launch a top-priority investigation, an official statement said, quoting him as describing the incident as “an attack on all of us.”

A verse from a Hebrew prayer denouncing the worship of “false gods” was spraypainted in red on a church wall, suggesting Jewish zealots were responsible.

Police detained for questioning 16 Jewish seminary students visiting the Sea of Galilee area from settlements in the Israeli-occupied West Bank but freed them within hours. A lawyer for the youngsters said there was no evidence against them.

A spokesman for the fire brigade said a preliminary investigation showed the blaze broke out in several places inside the limestone Church of the Multiplication of the Loaves and Fishes, evidence that it was started deliberately.

The church was built in the 1980s on the site of 4th and 5th century houses of worship that commemorated what Christian faithful revere as Jesus’s miraculous feeding of 5,000 people with five loaves of bread and two fish.

“Firefighters arrived at the scene … and (the fire) was put out, but extensive damage was caused to the church both inside and out,” police spokesman Micky Rosenfeld said.

The Rabbis for Human Rights group said there have been 43 hate crime attacks on churches, mosques and monasteries in Israel and the occupied West Bank and East Jerusalem since 2009.

Dozens of arrests have been made in such cases, but there have been few indictments and convictions, with police and prosecutors acknowledging that the young age of many of the suspected perpetrators has led courts to show leniency.

“We will bring to justice those responsible for this criminal act,” Netanyahu said in Thursday’s statement.

Desiree Bellars, a volunteer at the church from South Africa who lives at the site, said the blaze erupted in the dead of night. “All the electricity went out, the fire raged and the flames shot up into the sky,” she told Reuters.

No damage was reported to 5th century mosaic floors that have been restored in the church.