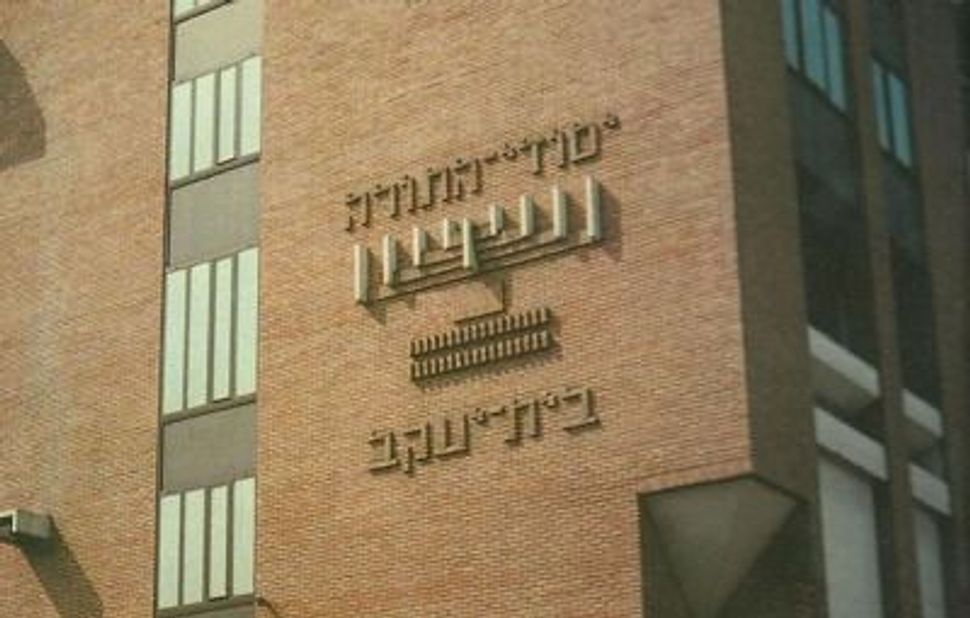 Management at a Belgian Jewish Orthodox school threatened to take “unpleasant steps” against a pupils’ mother because she did not dress modestly enough.

The threat came in a letter that management of the Jesode Hatora — Beth Jacob School in Antwerp recently addressed to the mother of the pupil, the Belgian Jewish weekly Joods Actueel reported. Fons Duchateau, Antwerp’s alderman in charge of diversity, criticized the state-funded school and summoned its management to provide explanations for the letter, the Gazet van Antwerpen daily reported.

“Unfortunately, there has been a weakness on your behalf in adhering to some of the above rules,” management wrote in an English-language printed letter addressed to the mother, who was not named. The letter included a dress code to which mothers of pupils attending the school were required to adhere “at all times and especially at all school activities, i.e. bringing/fetching school parties and parent-teacher meetings.”

“Further non-compliance with the school will result in unpleasant steps being taken which we want to avoid if at all possible,” management wrote to the mother in the letter, which appeared on a Facebook forum called Jesode Hatorah – Beth Jacob Watch.

Alderman Duchateau told the Gazet that she supports freedom of religion for faith communities but “tying school choices to wardrobe choices is beyond going too far.” Hilde Crevits, education minister for Flanders – the autonomous Belgian region whose capital in Antwerp – called for a review of the dress code issue in schools following the publications about the letter.

Mothers of pupils must cover their heads at all times, wear skirts or dresses that cover the knee and refrain from coming to the school without stockings, with uncovered elbows or an open-neckline blouse, management wrote in the letter.

On Monday, Jesode Hatora Principal Isi Morsel wrote another letter to parents in which he defended the earlier warning letter to the mother. Management sent it out following a petition co-signed by 180 parents who asked the school to act against a handful of parents who did not adhere to the dress code, he said.

However, the instructions on modesty only applied to school premises or activities. He also apologized to anyone offended by the manner in which the school’s request to the mother was handled.

In London, two haredi Orthodox Jewish schools are facing a government investigation because they threatened this month to expel pupils whose mothers drove them to school.