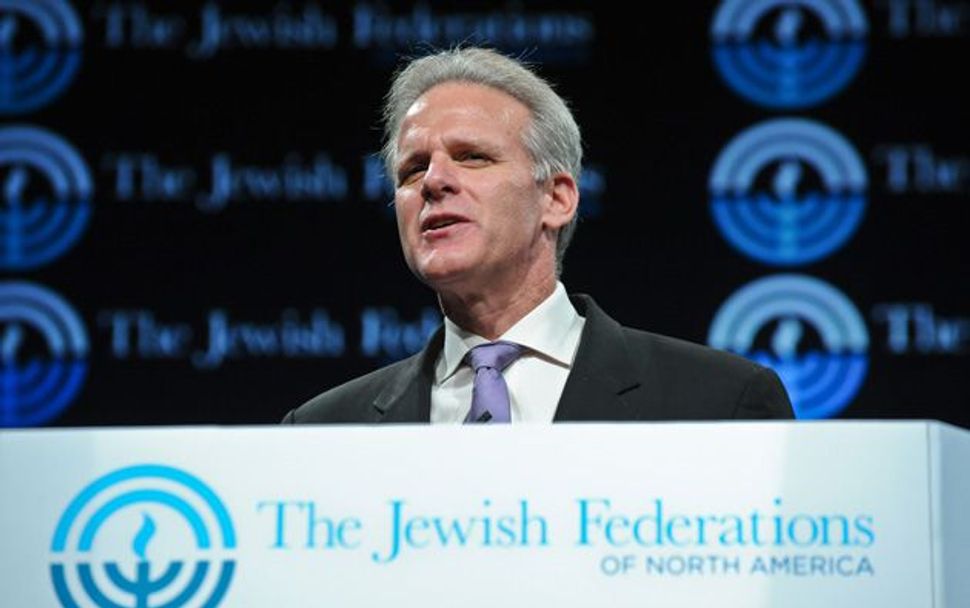 Warm Word: Israeli envoy Michael Oren described the lobby as ?much more in the mainstream.? Image by Getty Images

The Anti-Defamation League criticized Michael Oren, Israel’s former ambassador to the United States, for an “insensitive and unjustified” attack on President Barack Obama.

Oren’ should “walk back” views published in an essay posted Friday on the Foreign Policy website, the ADL said.

Oren wrote that Obama’s attitudes toward Islam and American foreign policy in the Middle East are driven by his personal interactions with Muslims, including his exposure to Muslims while growing up.

The essay, said ADL National Director Abraham Foxman in a statement, “veers into the realm of conspiracy theories, and with an element of amateur psychoanalysis he links U.S. policies in the Middle East to the president’s personal history of having a Muslim father.” Foxman said Oren takes it a step further “by suggesting this ‘worldview’ of Muslims and Islam has driven the president to embrace the Muslim world at the expense of both Israel and U.S. national security interests. This results in borderline stereotyping and insensitivity.”

Oren wrote: “I could imagine how a child raised by a Christian mother might see himself as a natural bridge between her two Muslim husbands. I could also speculate how that child’s abandonment by those men could lead him, many years later, to seek acceptance by their co-religionists.”

Oren said that achieving a nuclear deal with Iran could bring a fresh start for Obama with Muslims, observing, “The president who pledged to bring Arabs and Israelis together ultimately did so not through peace, but out of their common anxiety over his support for the Muslim Brotherhood in Egypt and his determination to reach a nuclear accord with Iran.

“Understanding Obama’s worldview was crucial to my job as Israel’s ambassador to the United States. Right after entering office in June 2009, I devoted months to studying the new president, poring over his speeches, interviews, press releases, and memoirs, and meeting with many of his friends and supporters. The purpose of this self-taught course — Obama 101, I called it — was to get to the point where the president could no longer surprise me. And over the next four years I rarely was, especially on Muslim and Middle Eastern issues.”

Oren, now a member of the Israeli Knesset, came under fire last week for an Op-Ed in the The Wall Street Journal in which he wrote that Obama abandoned the principle of keeping disagreements between the two countries private and of “no surprises” between them.