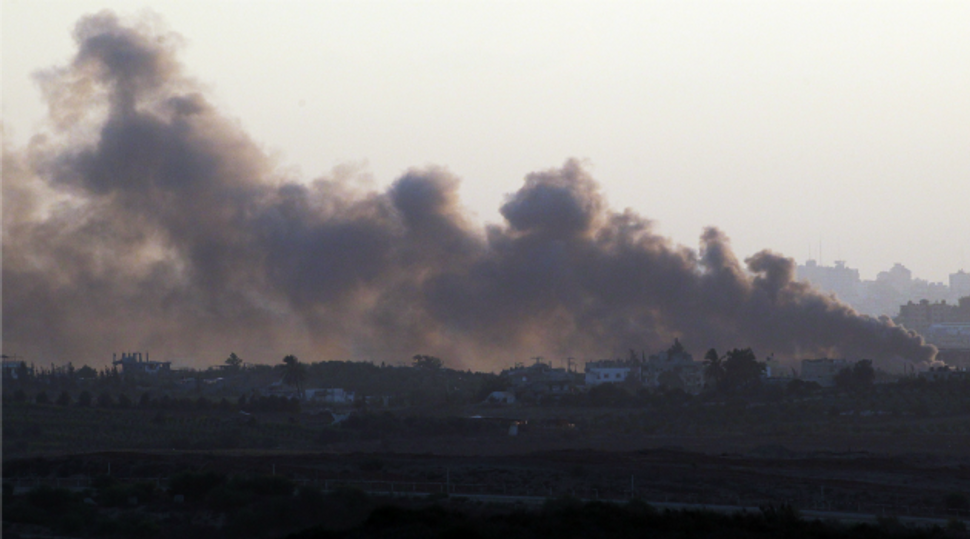 UN investigators said on Monday that Israel and Palestinian militant groups committed grave abuses of international humanitarian law during the 2014 Gaza conflict that may amount to war crimes.

They called on all sides to cooperate with the International Criminal Court (ICC), which has opened a separate preliminary investigation. The Palestinian Authority is expected to make its first formal submission to the Hague-based court this week.

“The most that we can hope for out of this long and arduous process of inquiry is that we will push the ball of justice a little further down the field,” Mary McGowan Davis, chairwoman of the U.N. commission of inquiry, said at a news conference.

A ceasefire last August ended 50 days of fighting between Gaza militants and Israel, in which health officials said more than 2,100 Palestinians, mostly civilians, were killed. Israel put the number of its dead at 67 soldiers and six civilians.

Hamas and other militant groups launched thousands of rockets and mortar bombs out of the enclave into Israel.

“The (U.N.) commission was able to gather substantial information pointing to serious violations of international humanitarian law and international human rights law by Israel and by Palestinian armed groups. In some cases, these violations may amount to war crimes,” the independent investigators said in a report issued Monday, following a year-long inquiry.

The investigators urged Israel to carry out credible domestic investigations of senior political and military officials, if crimes were substantiated.

They called on Israel to explain its “targeting decisions” to allow independent assessment of its attacks on Gaza Strip which they said had killed 1,462 civilians.

The report said Israel should break with its “recent lamentable track record in holding wrongdoers responsible.”

Israel disputed the findings, saying its forces acted “according to the highest international standards.”

The Foreign Ministry said the report regrettably failed to “recognize the profound difference between Israel’s moral behavior … and the terror organizations it confronted” in the war.

Israel has previously dismissed the inquiry as inherently biased against it and a waste of time.

U.S. State Department spokesman John Kirby said on Monday U.S. officials had received the report but were not ready to comment on it.

He said the United States had concerns about the mechanism for the investigation and the potential for bias.

The independent investigators also condemned the executions of 21 alleged Palestinian “collaborators” with Israel by militants in Gaza, saying the killings appeared to constitute war crimes.

The report said Palestinian armed groups had fired nearly 5,000 rockets and 1,750 mortar bombs, many toward major Israeli cities and towns.

It cited “the inherently indiscriminate nature of most of the projectiles launched into Israel and (of) the targeting of civilians, which violate international humanitarian law and may amount to a war crime.”

The investigators were denied access to Gaza and Israel but based their report on more than 280 interviews with victims and witnesses, as well as 500 written submissions.

The report said Israeli political and military leaders did not alter their actions in the war, despite much evidence of lethal devastation in built-up Gaza neighborhoods, and this raised questions about potential war crimes.

Hamas, in a statement posted on its website, called for prosecuting Israeli leaders but ignored accusations against it.

“Hamas welcomes the condemnation of the Zionist occupation stated in the U.N. report because of its (Israel’s) aggression against Gaza and Israel’s commission of war crimes. This requires bringing leaders of the occupation before the International Criminal Court.”

Hamas has previously denied wrongdoing, saying it fought Israel to protect the Palestinian people in Gaza.

The enclave has been under Israeli blockade for years and the two sides have waged two other wars since Hamas took control of Gaza in 2007.