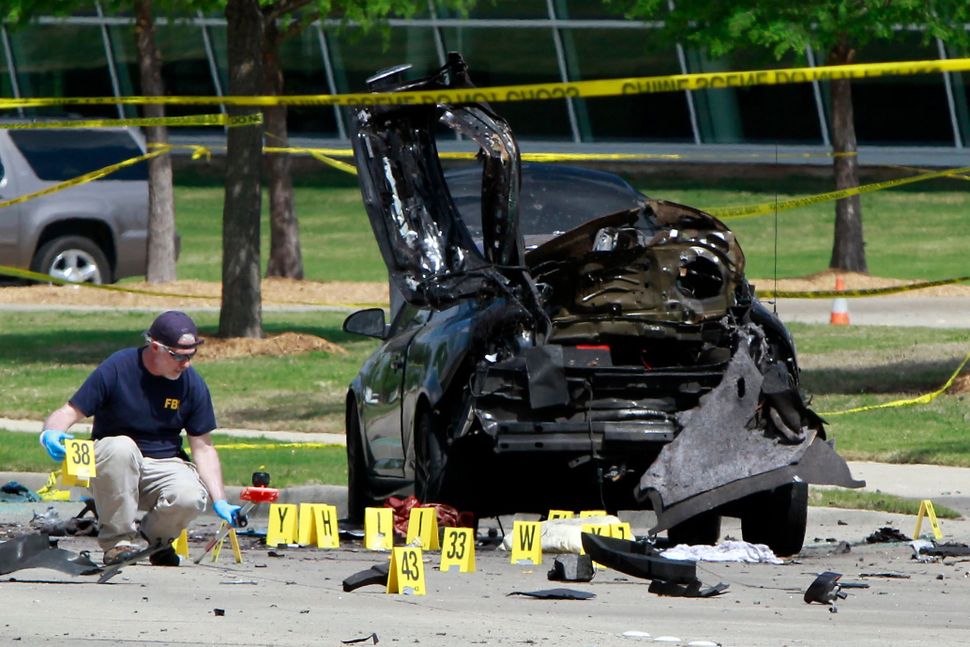 Anti-Islam politician Geert Wilders on Wednesday aired cartoons of the Prophet Mohammad on Dutch television that were drawn at a cartoon competition in Texas that was attacked by two gunmen in May.

Aissa Zanzen, spokesman for the Council of Moroccan Mosques in the Netherlands, called Wilders’ action, using public broadcast time allocated to political parties, a publicity stunt. “Wilders is out to provoke Muslims and he has done everything he can to do that,” he said.

Wilders, in a broadcast coinciding with the Muslim holy month of Ramadan, introduced the three-minute broadcast, in the second half of which the cartoons scrolled across the screen accompanied by piano music.

Wilders and Pamela Geller, one of his American sponsors who organized the Mohammad cartoon drawing competition, were at the event where the shooting took place. Neither of them were hurt.

Roommates Elton Simpson and Nadir Soofi of Phoenix were killed by Garland police after they opened fire with assault rifles outside the cartoon drawing event in Garland. [ID: nL1N0XV01T].

Wilders, a leading Dutch politician, is due to stand trial this year for alleged discrimination after making anti-Moroccan comments during election campaigning last year.

In a statement issued after the cartoons were aired, Wilders denied his intention was to provoke.

“I do it because we have to show that we stand for freedom of speech and that we will never surrender to violence,” he said.

Wilders has lived under 24-hour protection since airing an anti-Islam film, Fitna, which resulted in his name being added to militants’ death lists.