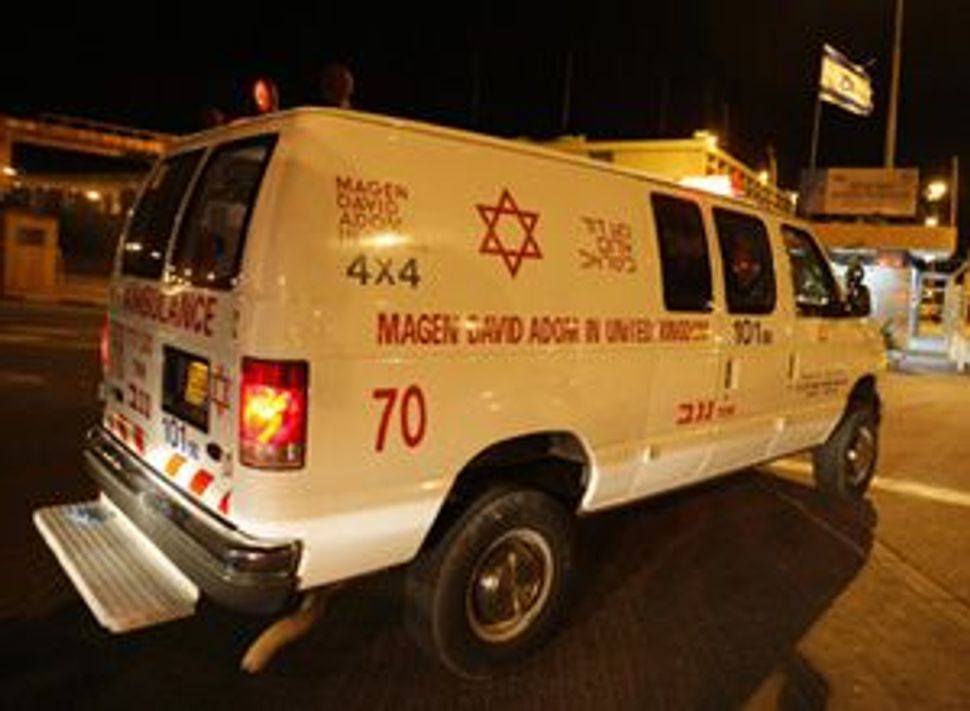 Shots were fired at an Israeli ambulance traveling near the West Bank settlement of Beit El.

A burst of at least 15 shots were fired at the Magen David Adom ambulance overnight on Sunday. Several of the bullets hit the ambulance, but no injuries were reported.

The gunfire came from a new road connecting the Palestinian town of Beitin to Ramallah. Israeli soldiers reportedly were searching the area near Beitin for the shooter or shooters, Ynet reported.

MDA Director General Eli Bean said in response: “Magen David Adom, the national rescue organization of Israel, considers this incident to be a grave one, which represents a crossing of the red line in an attempt to purposefully attack a vehicle meant to care for and evacuate the sick and wounded.”

Beit El council head Shai Alon told Ynet that the road has been closed for more than 10 years due to security problem, and called for it to be closed again.

“This evening, the attacks originated from the road and the terrorists fled after attacking the ambulance, whose driver was not, miraculously, injured. The writing was on the wall, and we demand from the security establishment not to open the road, and to also shut its other end so that terrorists will not be able to approach Beit El and escape,” Alon told Ynet.