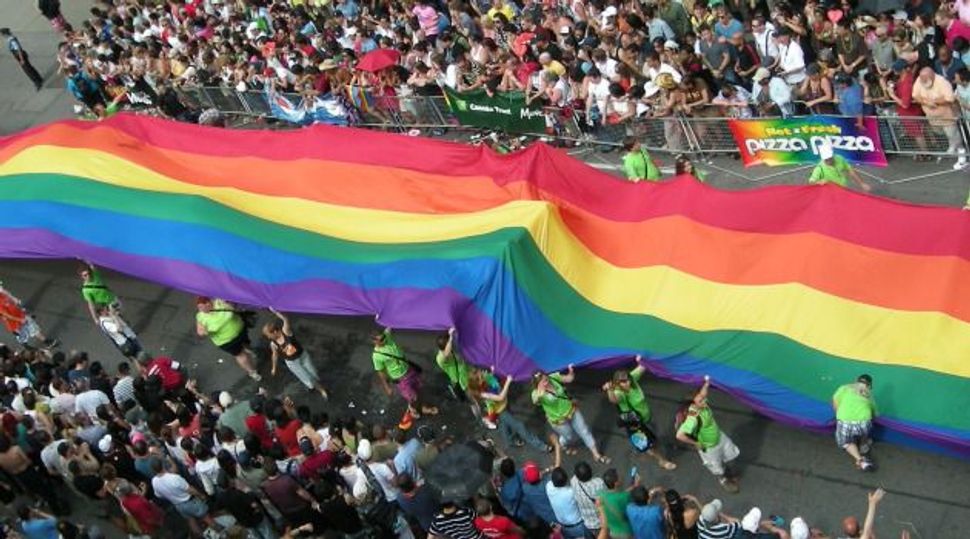 American Jews are among the most supportive religious groups of same-sex marriage.

Thirteen Jewish groups, among them organizations representing the Reform, Reconstructionist and Conservative streams, were among the 25 groups that joined the amicus brief filed by the Anti-Defamation League in Obergefell v. Hodges, the case decided by the U.S. Supreme Court on Friday that legalized same-sex marriage in all 50 states.

The only religious group to be more supportive of same-sex marriage are Buddhists at 84 percent, with 48 strongly favoring and 36 in favor. Seventy-seven percent of religiously affiliated also support same-sex marriage, with 45 strongly in favor and 32 in favor.

The data were collected as part of the Public Religion Research Institute’s American Values Atlas for 2014, which comprises 40,000 interviews among a random sample of Americans in all 50 states. The institute, a nonprofit group, is “dedicated to research at the intersection of religion, values, and public life,” according to its website.