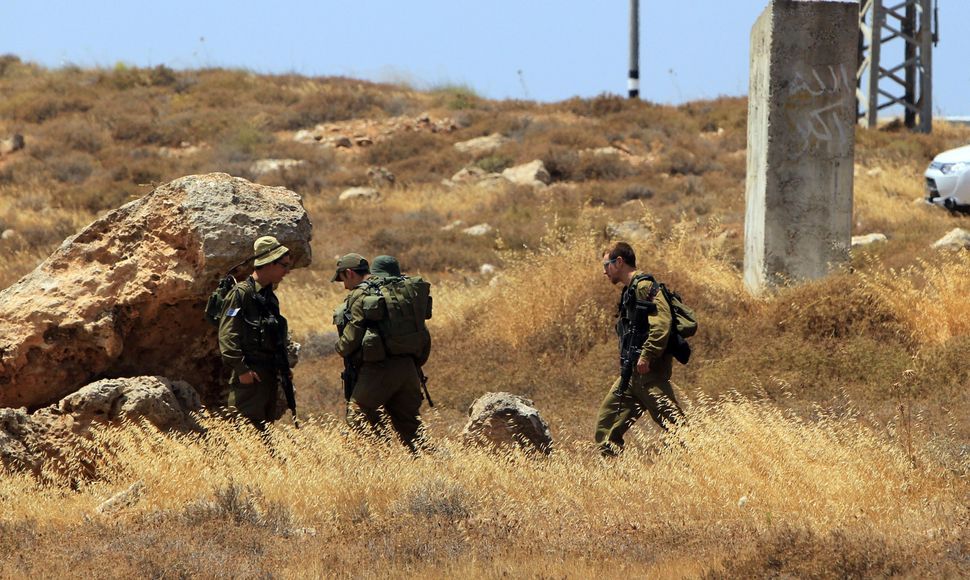 The young Israeli man critically injured in a drive-by shooting by Palestinians in the West Bank has died.

Malachi Moshe Rosenfeld died Tuesday afternoon, less than a day after the car he was riding in with three other men came under attack on a major West Bank road near the Shvut Rachel and Shiloh settlements. The victims, all in their 20s, were returning to their homes in the Kochav Hashahar settlement after playing basketball.

The driver and two other passengers also were hospitalized with injuries.

Police said that two Palestinian attackers fired on the car after waiting at the side of the road for an Israeli vehicle to pass. At least 15 bullets hit the car, Ynet reported, citing an initial investigation. The attackers fled the scene and are at large.

The road is used freely by Israelis and Palestinians.

Photos of the bloody interior of the car were circulated on social media.

“Attempts to attack us do not halt even for a moment,” Israeli Prime Minister Benjamin Netanyahu said Tuesday morning at the start of his meeting with Italian Foreign Minister Paolo Gentilloni, adding that the Shin Bet security service and the Israel Defense Forces have foiled dozens of terrorist attacks since the start of the year and over 200 since 2014.

“The fact that up until now, the Palestinian Authority has not condemned these attacks needs to bother not only us, but also the international community as a whole. Those who do not take an unequivocal stand against terrorism cannot wash their hands.”

Two Palestinian terror groups, the Popular Front for the Liberation of Palestine and Fatah al-Intifada, claimed responsibility for the attack, Haaretz reported.

Rosenfeld underwent surgery Monday night at Shaare Zedek Medical Center. His father, Eliezer, had called on Israelis to pray for his son.

An older son, an Israel Air Force pilot, died in 2002 during a trip in the Judean Desert.

Also Thursday, an Israeli Border Police officer shot a Palestinian man after he rammed through a checkpoint while shouting “Allahu Akbar,” or “God is greatest.” The attacker was taken to Shaare Zedek in moderate condition, where he was treated for a bullet wound to his abdomen.

Next: Arab-Jewish school in Jerusalem vandalized for second time > STAY INFORMED: JTA IN YOUR INBOX