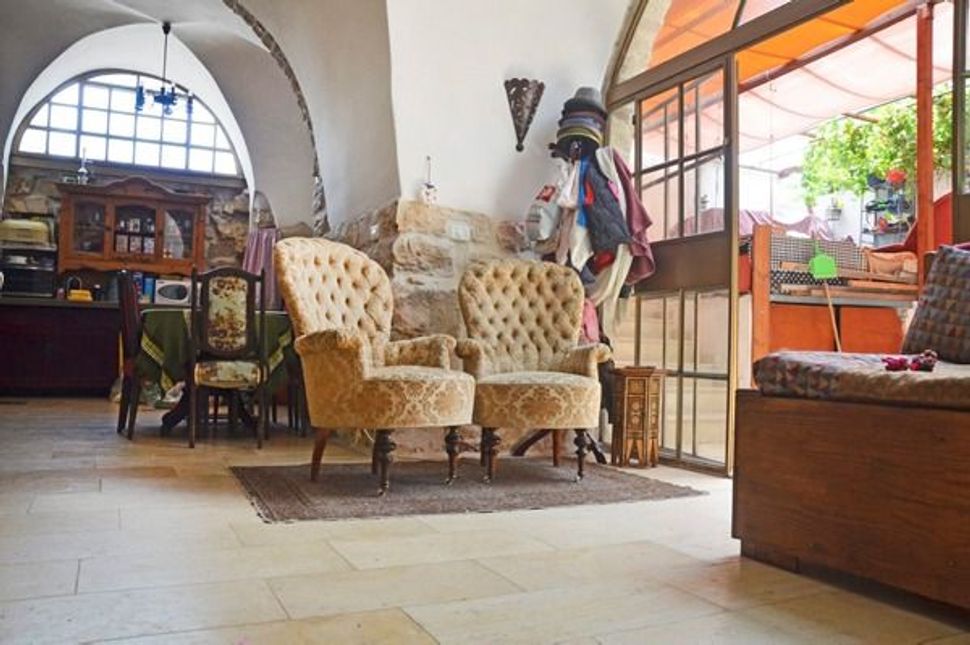 The mikveh lies beneath this Jerusalem living room. Image by Assaf Peretz, courtesy of the IAA 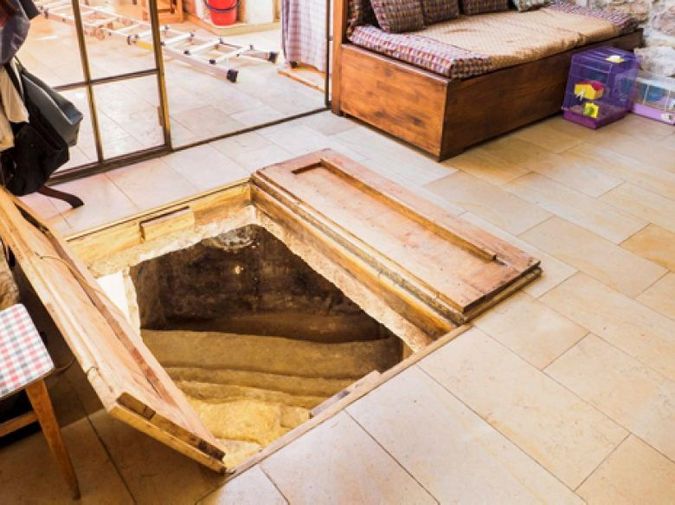 A Jerusalem family has found a 2,000-year-old Jewish ritual bath under their house while renovating the living room floor, Israel’s Antiquities Authority said on Wednesday.

Pottery vessels inside the rock-hewn bath helped archaeologists date the discovery to the 1st century. The house is in the village of Ein Karem, the traditional birthplace of John the Baptist and now a Jerusalem neighborhood.

A rug-covered trapdoor, built into the new floor after the bath was found, now marks the spot where stone stairs descend into the ancient chamber, which is 3.5 meters (11 feet) long, 2.4 meters (8 feet) wide and 1.8 meters (6 feet) deep.

The Antiquities Authority said that despite New Testament references to the “City of Judea,” believed to be where Ein Karem is now located, archaeological remains from Jesus’s time have rarely been found in the village. 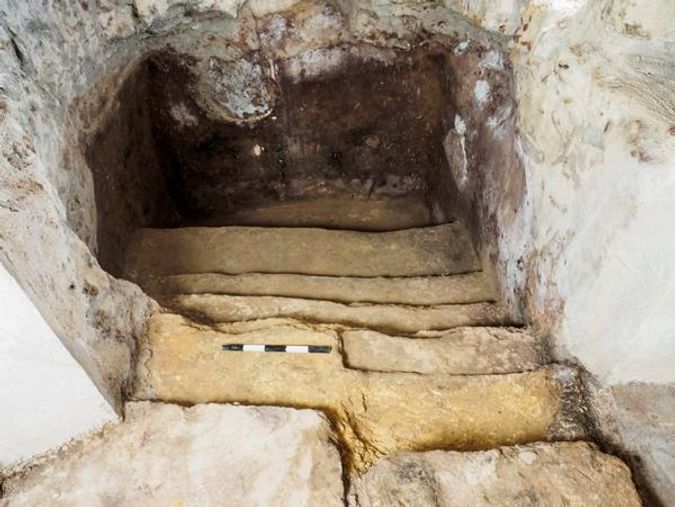 The staircase leading to the mikveh. Image by Assaf Peretz, courtesy of the IAA

The rock-hewn bath was meticulously plastered according to the laws of purity appearing in halacha. The staircase leads to the bottom of the immersion pool.

Carved stone is hard to date, but pottery vessels discovered inside the ritual bath date to the time of the Second Temple (first century CE). The mikveh also shows traces of fire that might constitute evidence of the destruction following the Jewish Revolt of 66-70 CE.

Also attesting to the period were fragments of stone vessels. Those became common during the Second Temple period, because stone cannot be contaminated and remains pure.

“Such instances of finding antiquities beneath a private home can happen only in Israel,” remarked Amit Re’em, Jerusalem District Archaeologist for the IAA. (Much the same could be said for porcupine archaeologists).

The homeowners admit they had been hesitant to contact the IAA, being uncertain about the historic value of their discovery, and worried about “consequences” involved in contacting the authorities. Ultimately, “our sense of civic and public duty clinched it for us,” one commented. They called in the IAA, profess surprise that the IAA treated them courteously – and in fact were awarded a certificate of appreciation (for good citizenship) today. 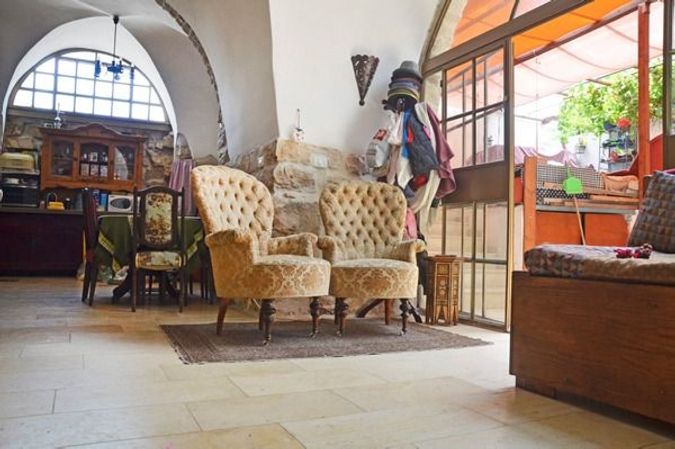 The mikveh lies beneath this Jerusalem living room. Image by Assaf Peretz, courtesy of the IAA

The neighborhood of Ein Kerem is sacred to Christianity because of its identification with a “city of Judah” – the place where according to the New Testament, John the Baptist was born, and where his pregnant mother Elisabeth met with Mary, mother of Jesus, Re’em says. Yet archaeological remains in and around Ein Kerem from that era (the Second Temple period) are rare, and fragmented.

“The discovery of the ritual bath reinforces the hypothesis there was a Jewish settlement from the time of the Second Temple located in the region of what is today ‘Ein Kerem,” Re’em said.—With Haaretz