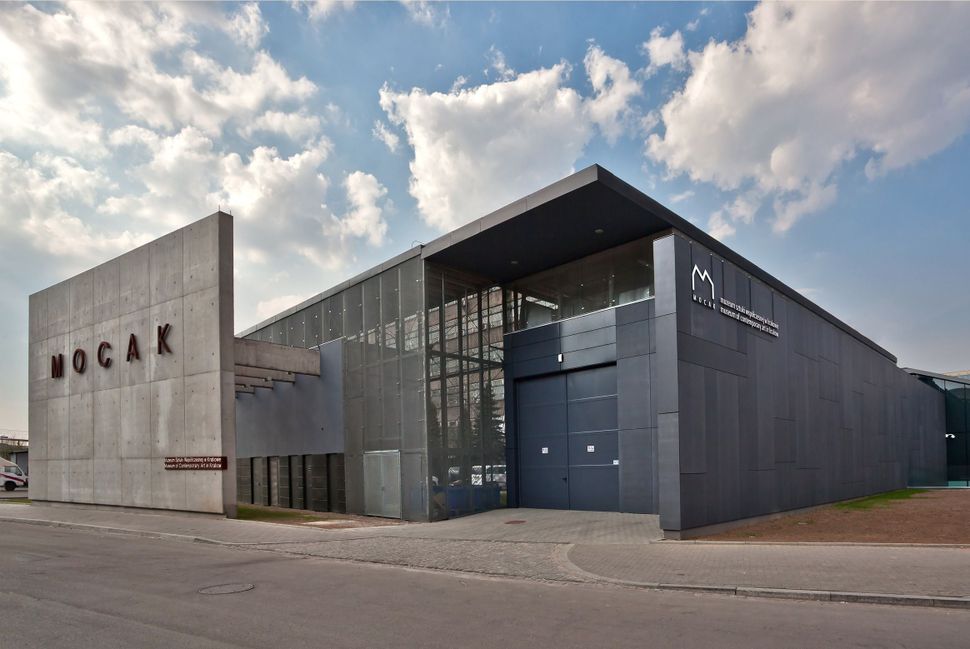 (JTA) – A Polish art museum has resumed an art installation featuring a video of naked men and women playing tag in a gas chamber, despite protests by Jews.

This is the second time the Museum of Contemporary Art in Krakow has displayed the installation, called “Game of Tag.” The same video also was displayed at an art museum in Estonia before being pulled following protests.

After it made its debut in Krakow, Jewish figures expressed outrage, and last month the museum ended the video installation, which was part of an exhibit being cosponsored with the Israeli Embassy in Poland.

“It is the most disgusting thing I’ve seen in a long time,” Efraim Zuroff, the center’s chief Nazi hunter, told the Post on Thursday. “They lied about it. It is just revolting and a total insult to the victims and anyone with any sense of morality or integrity.”

A museum spokeswoman told the Post that the video is “presented in a discrete enclosure bearing the warning: ‘A controversial work, only for adults.’”

Museum director Maria Anna Potocka sent the Yad Vashem Holocaust Memorial in Jerusalem a letter saying that “to read this film as an insult to the victims of the concentration camps we feel is to misinterpret it,” the Post reported.