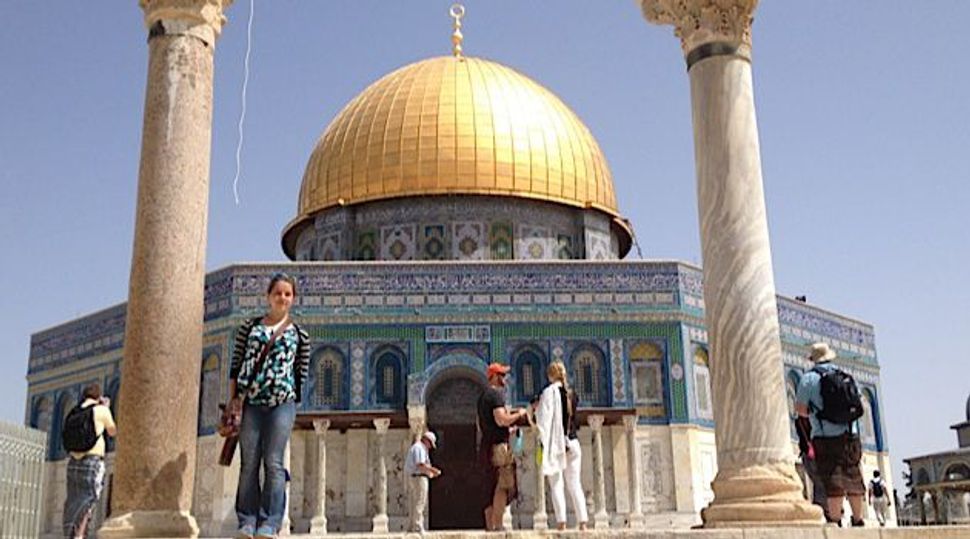 Temple Mount: Eliza Burbank stands at the Dome of the Rock with skies clear. Image by courtesy of eliza burbank

The Dome of the Rock in Jerusalem’s Old City tops CNN’s list of “25 magnificent structures on the verge of extinction.”

“A holy city for three different religions, it attracts millions of tourist with over 200 monuments, including the majestic Dome of the Rock. But political tension has hardened relations between Israel and UNESCO, preventing any preservation plans from moving forward,” CNN wrote in its feature.

The Old City and its walls have appeared on the United Nations Educational, Scientific and Cultural Organizations List of World Heritage Sites in Danger since 1982.

No. 2 on the CNN list is the ancient city of Petra in Jordan. The United States had two sites: the Union Terminal in Cincinnati, Ohio, at No. 9, and the Portland Public Services Building in Oregon, at No. 24.