Rivlin Calls for Trust Between Arabs and Jews at Iftar Meal 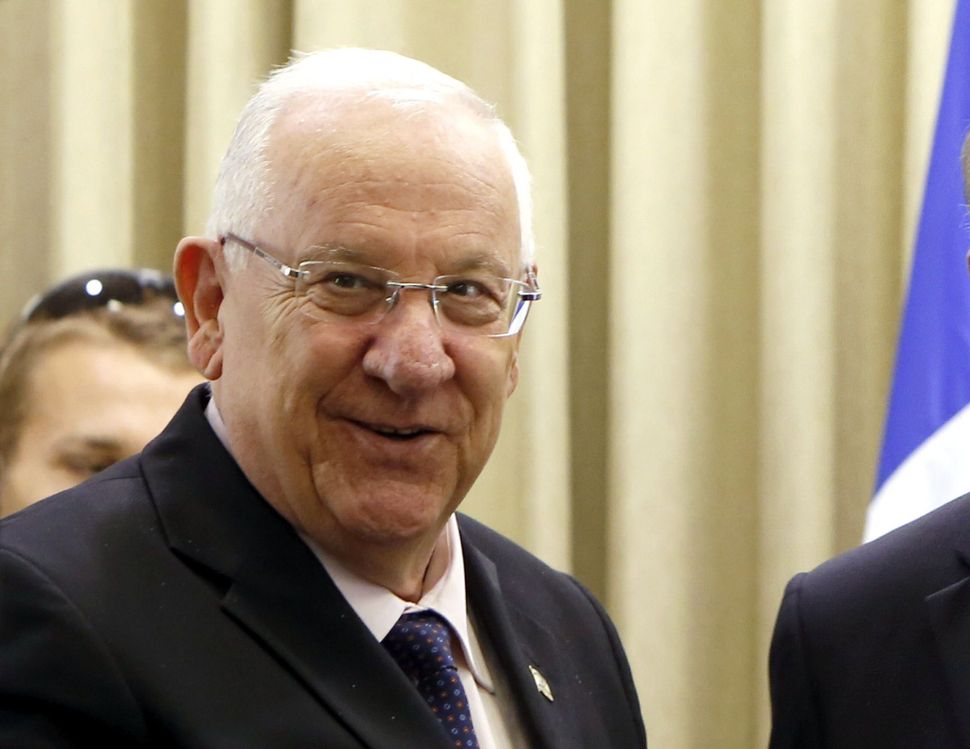 Israel’s President Reuven Rivlin called for building trust between the Arab and Jewish communities in Israel, during an Iftar meal with Arab leaders at his Jerusalem residence.

“The citizenship of the Arab residents of the State of Israel is not a goodwill gesture,” Rivlin said in a meeting with Arabic media Sunday night before the break fast meal. “It is the citizenship of individuals and of a society which is part and parcel of this land; this land is their homeland, the State of Israel is their home. I am happy that Arab community leaders, and citizens, see this house as an address to raise their concerns, and I hope that this cooperation will go from strength to strength.”

Sunday night also marked the end of the Jewish fast day, the 17th of the Hebrew month of Tammuz, marking the breach of the walls of Jerusalem by the Romans in 69 CE after a long si ege.

“Today it so happened that we all fasted together, Jews and Arabs,” Rivlin said. “For all of us, the purpose of this fast is not to discipline the body, but to cultivate in our minds and spirits compassion and kindness, and opening our hearts to the one another.”

Rivlin decried recent animosity between the Jewish and Arab communities and called for the leadership on both sides to build trust and cooperation.

“These have not been easy weeks for anyone who loves this country; for those who believe we have the ability and the duty – as Arabs and Jews – to live together. At this time, in the face of those on both sides who seek to fan the flames, we cannot and must not remain silent,” he said.

He addressed the uptick in attacks on Palestinians against Jewish targets since the start of Ramadan. “We are working extensively to ensure a festive atmosphere in the Palestinian areas. But the Palestinian Authority have a responsibility to act decisively against terrorists seeking to sabotage our daily lives here,” Rivlin said.

Rivlin Calls for Trust Between Arabs and Jews at Iftar Meal