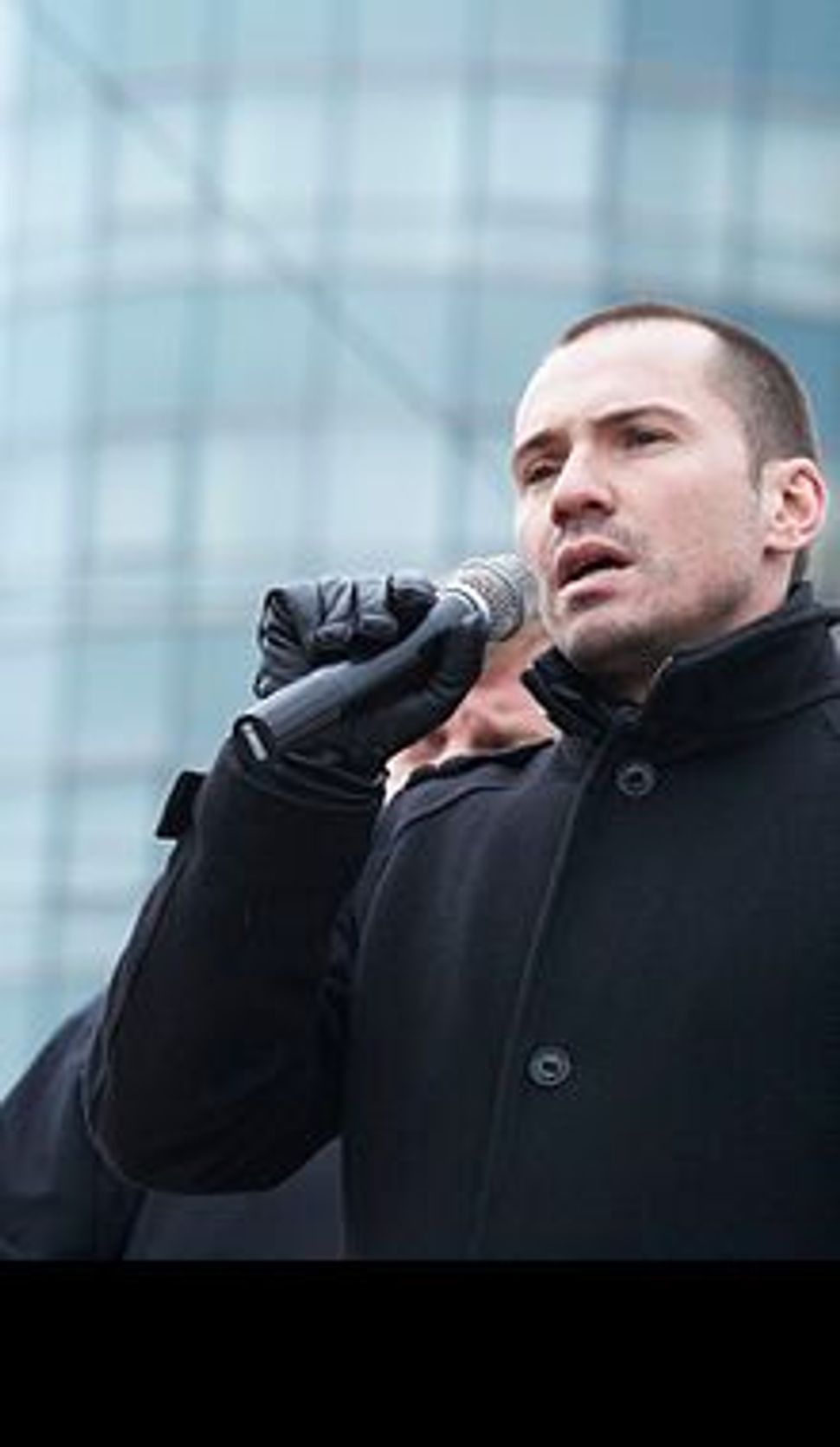 A Jewish group in Bulgaria protested the cooperation of other Jewish organizations with a nationalist lawmaker at the European Parliament.

In a letter sent Monday by the Sofia lodge of the B’nai B’rith Jewish lobby group, lodge president Solomon Bali chided the Simon Wiesenthal Center over its cooperation with Angel Dzhambazki, who represents in Brussels the Bulgarian nationalist VMRO Party, a member of the European Conservatives & Reformists bloc.

Last week, Dzhambazki co-hosted, along with the Wiesenthal center and the European Jewish Association, a conference at parliament on Hamas’ anti-Semitism. Shimon Samuels, the center’s director of international affairs, said the meeting was part of a series that is exposing groups to Hamas’ anti-Semitism at each of the European countries’ parliaments that voted in favor of recognizing a Palestinian state last year and earlier in 2015.

“You can see Dzhambazki supporting all anti-gay, anti-Roma, anti-migrant and ultra-nationalist violent events,” Bali wrote. “It is ridiculous to see Jewish organizations giving legitimacy to such MEPs,” or members of the European Parliament.

A senior representative of Bulgarian Jewry disputed this characterization. Speaking anonymously because he was not authorized to speak on individual political parties, the representative said: “Dzhambazki is a nationalist and his party may have issues with Roma, but there is nothing to prevent cooperating with him, or almost any other politician.”

The Shalom Organization of Jews in Bulgaria, the community’s main representative body, is open to cooperation with all parties, including VMRO, except for the far-right Ataka Party, a Shalom spokesperson told JTA Tuesday.

Dzhambazki denied Bali’s allegations. He is a “supporter of the fight against anti-Semitism across Europe, as well as being sympathetic to issues of concern for Europe’s Jewish communities,” the EJA, a co-organizer of the June 30 conference on Hamas, wrote about Dzhambazki in a statement following Bali’s letter. “His party as a mainstream right-wing organization.”