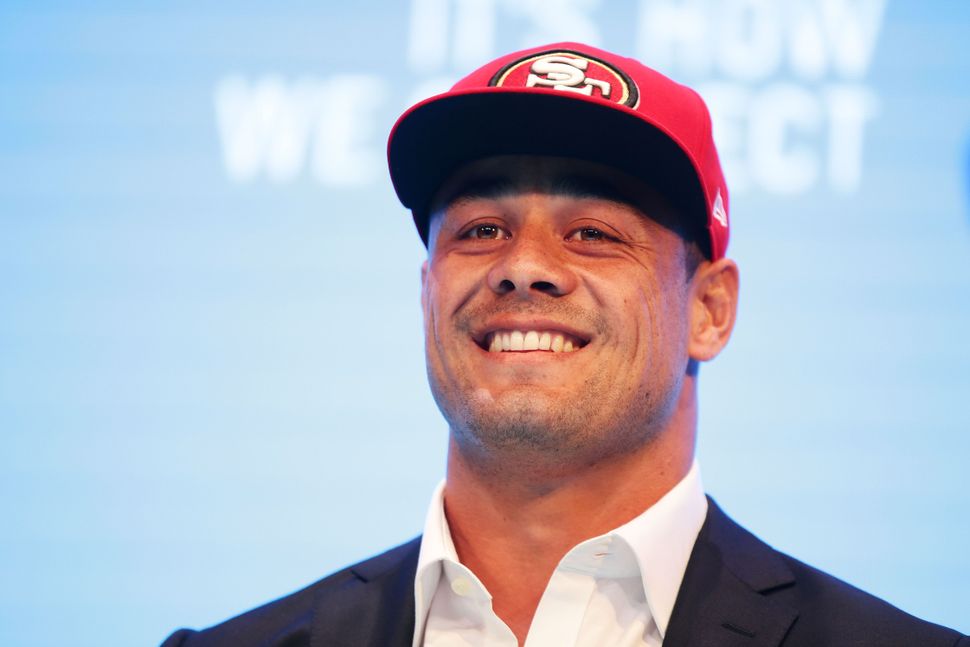 (JTA) — Jarryd Hayne is an Australian rugby star trying to make an unusual transition to the NFL as a potential member of the San Francisco 49ers. He also seems to be trying to stir up a millennia-old anti-Semitic debate.

“Jesus wanted to help people but was killed by his own people,” Hayne tweeted on July 1. A day later he added: “The Jews were the people who took him [Jesus] to the Romans n [sic] forced them to give the order because they couldn’t.”

Hayne deleted the tweets on Friday.

“It’s a pity that Mr. Hayne is so ill-informed that he doesn’t know that in 1965 the Vatican rejected this charge,” Dvir Abramovich, chairman of Australia’s B’nai B’rith Anti-Defamation Commission, told the Australian Jewish News.

Hayne, 27, has been one of the best rugby players in his country for years. He is currently trying to earn a spot on the San Francisco 49ers, likely as a kick returner.

In 1965, the Vatican issued the Nostra Aetate, which officially stated that the Jews were not responsible for the death of Jesus.