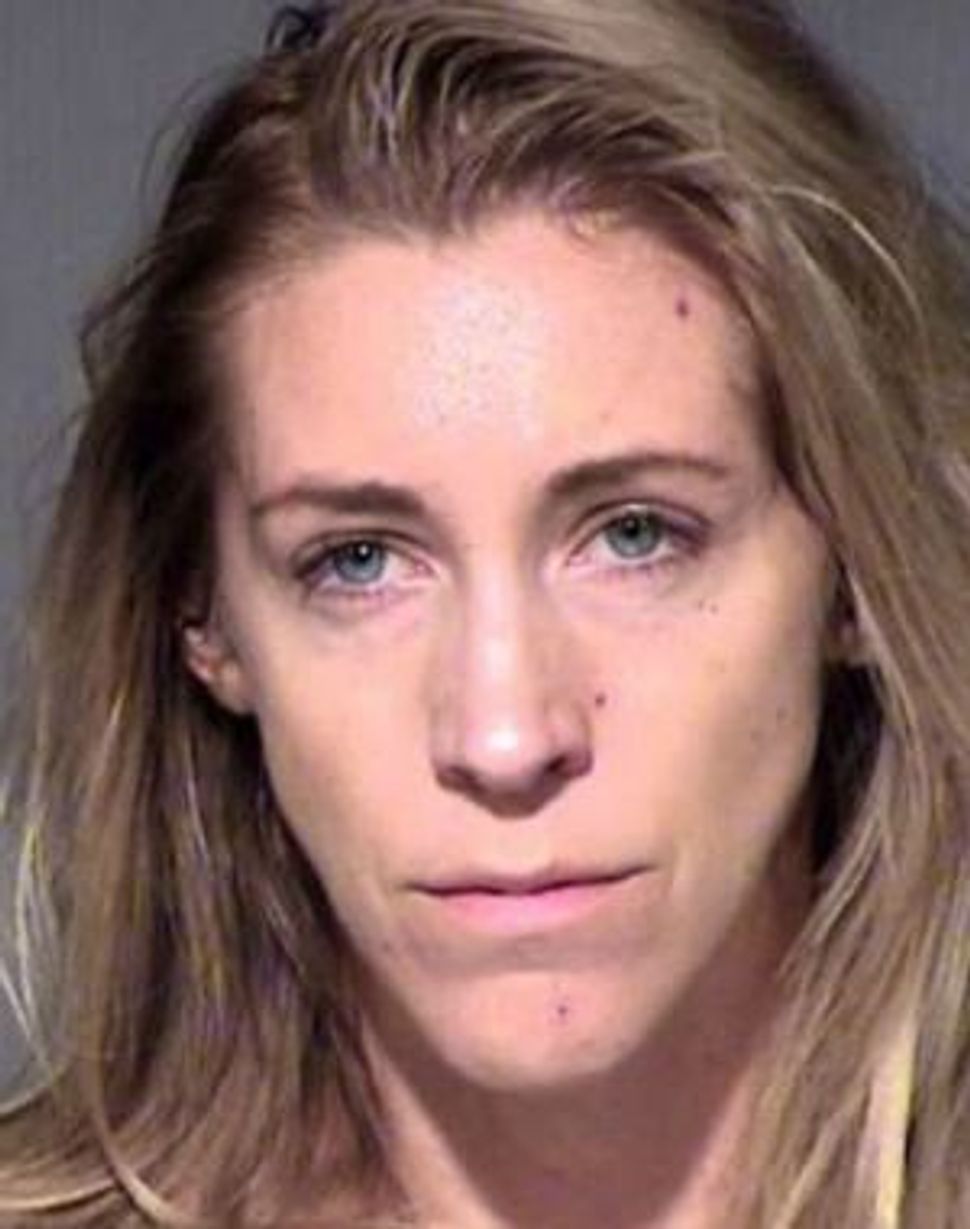 An Arizona yoga instructor pleaded not guilty on Monday to multiple charges that she performed a sex act on a 15-year-old boy and let other boys as young as 11 fondle her breasts at a bar mitzvah party, court officials said.

The charges include public sexual indecency, contributing to the delinquency of a child, indecent exposure and disorderly conduct. She could face up to six months in jail if convicted.

Radomski’s attorney, Jocquese Blackwell, said his client has been wrongfully accused of the crimes and will press to have the charges dismissed.

“We still maintain our innocence. She is innocent of these charges,” Blackwell told reporters after the hearing.

Radomski was arrested on March 24 after the alleged incident during the celebration at a home in the Phoenix suburb of Scottsdale.

Police said as many as 100 guests attended the poolside bar mitzvah party where she allegedly exposed her breasts to five adults and then to a group of juvenile before going to an upstairs bedroom after being told to “sleep it off.”

Radomski is accused of later inviting seven boys aged between 11 and 15 to touch her breasts, and of giving a 15-year-old oral sex, police said.

The boys’ parents informed police of the incident.

Radomski said she did not remember the details of what happened, and her attorney has said she was drugged at the time.