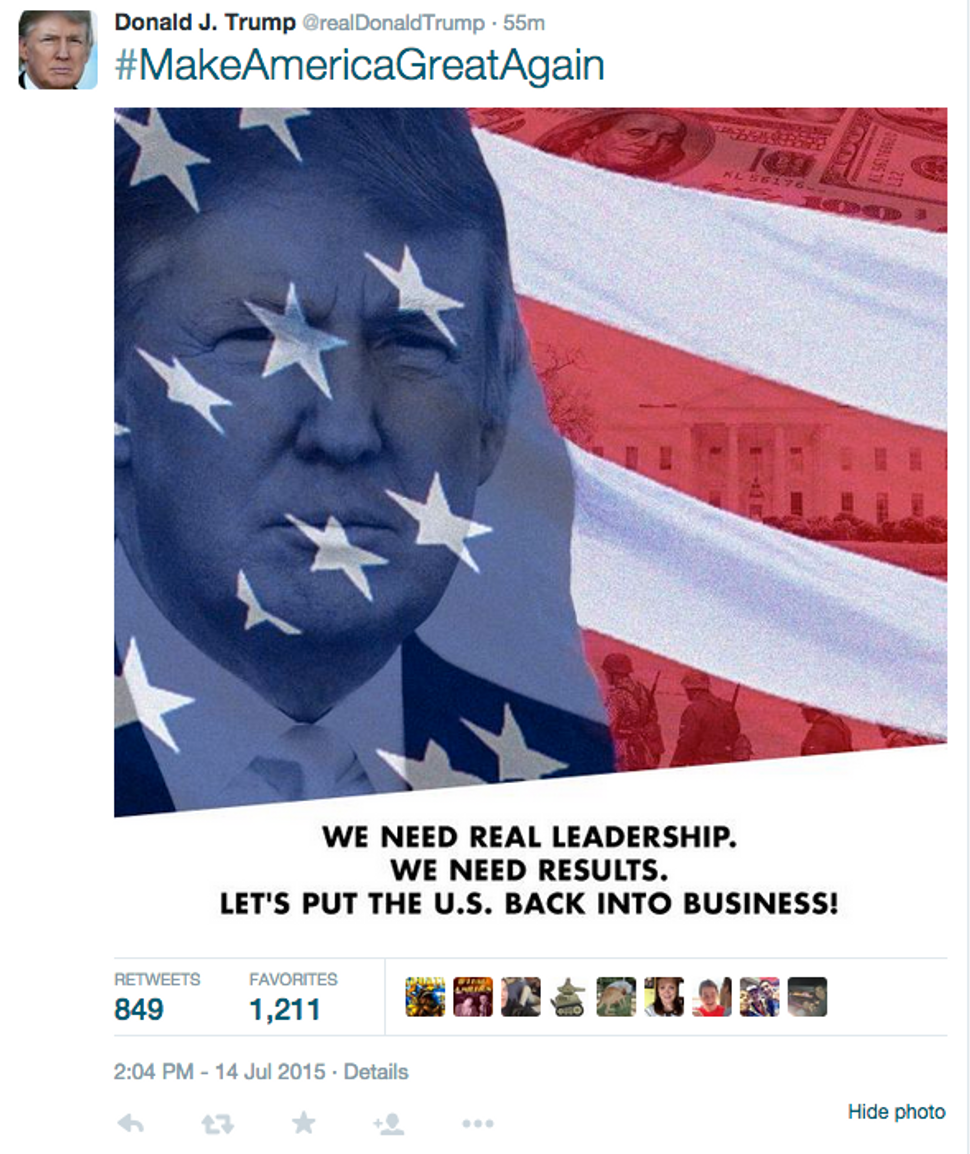 The composite image contains a picture of Trump, a pile of hundred-dollar bills, the White House, and the soldiers, all seen through a waving American flag, over the text, “We need real leadership. We need results. Let’s put the U.S. back into business!”

The marching soldiers seem to be wearing WW II-era German uniforms. Trump has since deleted the tweet, but you can see a screenshot below: 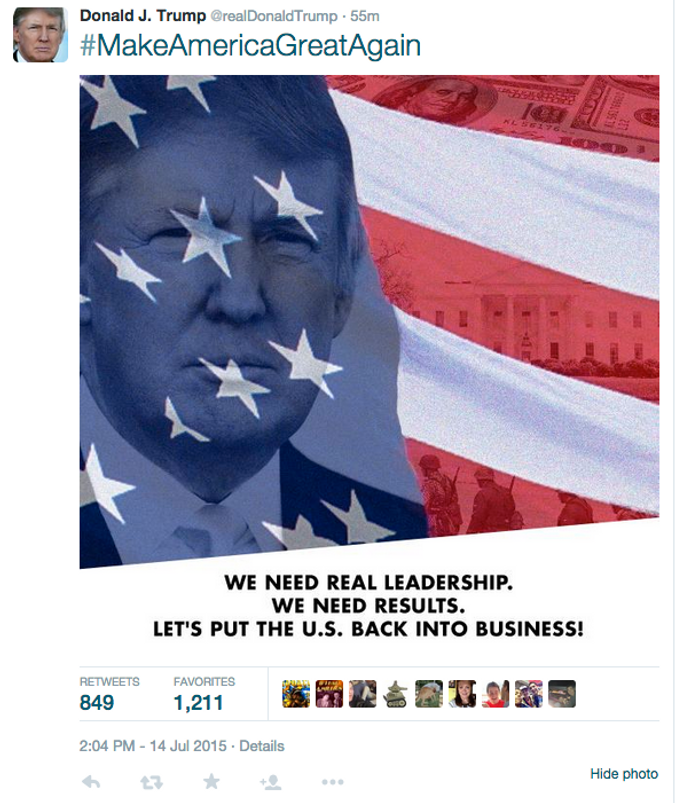 John R. Schindler, a former professor at the U.S. Naval War College, appears to have been the first Twitter user to press the point. “Troops at bottom are Waffen-SS, wearing late-WW2 dot pattern camo, SS eagle is visible on the left arms,” Schindler wrote.

Twitter user @LeftyBollocks appeared to identify the stock image of historical reenactors used to create the composite. The image, titled “Marching soldiers,” is tagged with keywords “Fascism” and German Culture,” but carries no specific description. The reenactors appear to be wearing Nazi-style uniforms.

The Trump campaign did not immediately respond to a request for comment.

UPDATE: A Donald Trump spokesperson told The Daily Dot that Trump had nothing to do with the image and blamed it on a young intern:

“Mr. Trump has been in Charlottesville, Virginia, all day at the opening of a development. A young intern created and posted the image and did not see the very faded figures within the flag of the stock photo. The intern apologized and immediately deleted the tweet.”