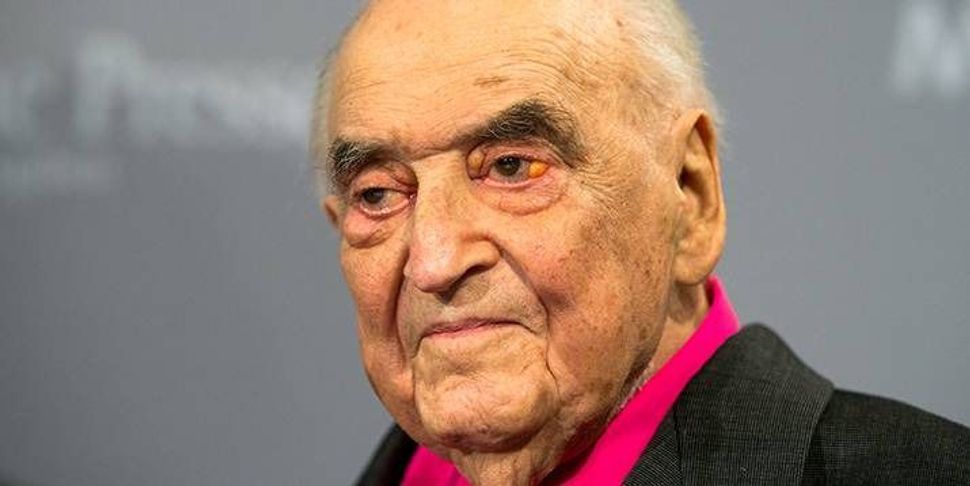 A British Jew who fled Nazi-ruled Austria as a child is funding the rescue of up to 2,000 Middle East Christians.

George Weidenfeld, a publisher who is also a member of Britain’s House of Lords, says he has “a debt to repay” to Christians fleeing ISIS, because the Quakers and the Plymouth Brethren fed and clothed him and helped him to reach Britain in 1938, The Independent reported Thursday.

Weidenfeld is spearheading Weidenfeld Safe Havens Fund, which last week supported the flight of 150 Syrian Christians to Poland on a privately chartered plane to allow them to seek refuge, making them the first beneficiaries of the resettlement project.

READ: 4 Mistakes To Avoid When Talking About Radical Islam

Having arrived in Britain on a train a year before the start of the World War II with just a few shillings to his name, Lord Weidenfeld went on to establish the Weidenfeld and Nicolson publishing business a decade later. He was made a life peer of Britain’s upper house in 1976.

The 95-year-old told The Times of London: “I had a debt to repay. It applies to so many young people who were on the Kinderstransports”– the German-language name for the organized shipment of Jewish children, often by their own parents with help from religious and secular non-Jewish helpers, to save them from the Holocaust.

The fund aims to offer 12-to-18 months of paid support to the refugees.