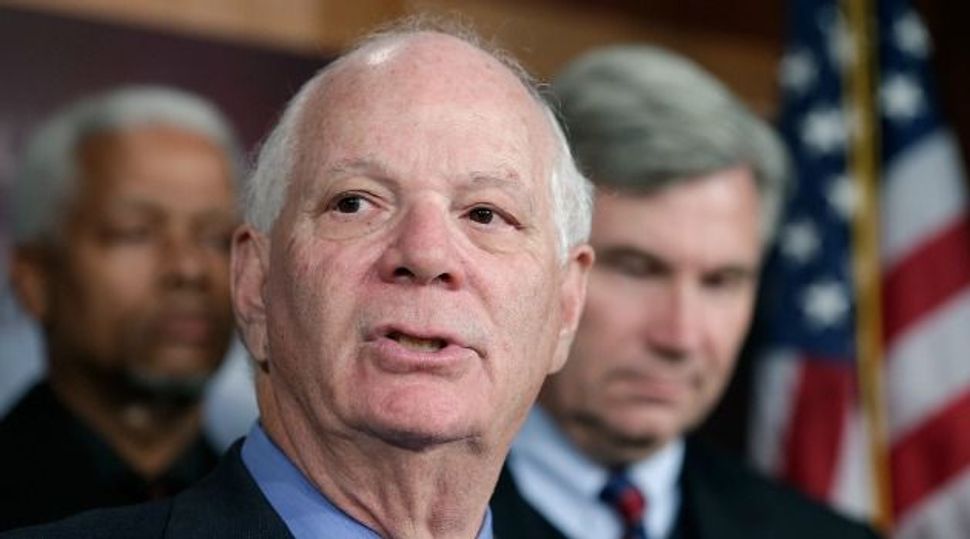 Eric from Georgia said on C-SPAN that the Maryland Democrat, the ranking member of the Senate Foreign Relations Committee, should disclose that he is Jewish when discussing U.S.-Iran relations.

“Mr. Cardin looks like a regular white guy, nice guy, whatever, but in actuality he’s a Jewish white guy,” Eric said Wednesday. “If the public was informed of that by C-SPAN, I think they would take his comments differently.”

Cardin appeared on C-SPAN to discuss his reactions to the Iran nuclear deal signed on Tuesday, which he has said raises “a lot of questions.”

Eric accused Cardin of having “a conflict of interest.”

“Because this guy is Jewish, that means that he is concerned about Israel,” the caller said.

Cardin took the caller to task for accusing him of having a dual loyalty due to his Jewish heritage.

“I’m normally pretty tolerant to people who ask questions, but I’m not to your assumption. I take great offense to that,” Cardin said in response. “Our loyalty is to America, our concerns are with America, our religion is our personal business and should have nothing to do with an evaluation from anyone as to our objectivity on issues concerning America.”