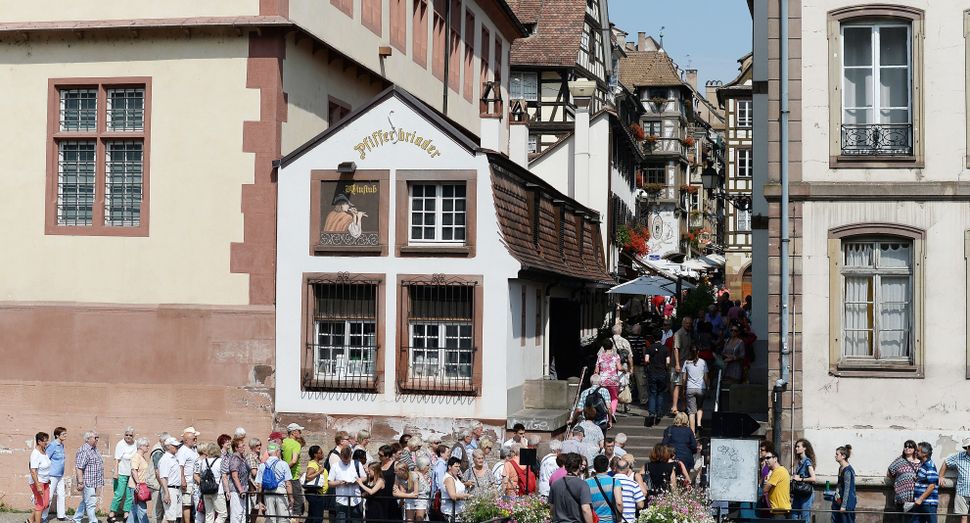 The University of Strasbourg decided to hand over to the French city’s Jewish community the remains of Holocaust victims that were preserved as anatomy specimens.

The remains, preserved in several glass containers, were discovered on July 9 at the university’s Institute of Forensic Medicine by historian Raphael Toledano, after years of research and denials of their existence there by the university’s administration, metronews.fr reported Saturday.

One container had skin fragments that were removed from the body of a female Holocaust survivor after she had been murdered in a gas chamber. Another contained the intestines and stomach of another female victim, according to a statement by the Strasbourg municipality.

The remains were found to be part of a collection of skeletons and other body parts managed by August Hirt, an SS captain who served as chairman of the Reich University in Strasbourg – the institution’s name under Nazi occupation — until his suicide in 1945.

He tasked two researchers in 1943 with selecting 109 prisoners for the collection at the Auschwitz-Birkenau death camp in Poland, to be transported and gassed at the Natzweiler-Struthof camp near Strasbourg. When allied forces liberated Strasbourg, they found 86 skeletons in Hirt’s collection and transferred them for burial at a local Jewish cemetery.

But testimonies suggested some human remains of Hirt’s victims remained in the university’s possession. Some of these testimonies appeared in a book published in January by historian Michel Cymes, whose French title translates as “Hypocrites in Hell – The Death Camps’ Physicians.”

The university’s president, Alain Beretz, denied the claims and said the book unjustly harmed the present-day university’s name by not clearly distinguishing it from the Nazi-led institution that occupation forces briefly installed in the university’s stead.

The remains discovered this month are to be buried at the Cronenbourg Jewish cemetery.