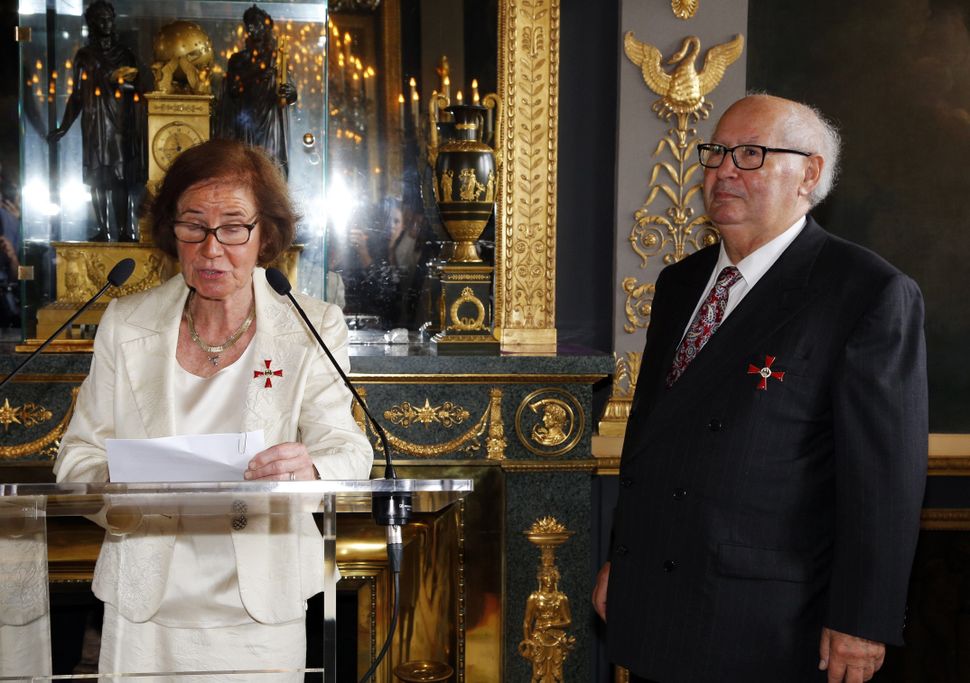 Germany awarded its highest medal of honor to a French couple for their work bringing Nazi war criminals to justice.

Serge and Beate Klarsfeld accepted the Order of Merit at the home of the German ambassador to France on Monday, The Associated Press reported.

The Klarsfelds, who met in 1960, spent four decades tracking down Nazi war criminals who had resettled around the world, among them Klaus Barbie, who was known as the “Butcher of Lyon.” Barbie was extradited from Bolivia in 1983, several years after the Klarsfelds found him.

The Klarsfelds also created a database of deported Jewish children, according to Reuters. Beate Klarsfeld in 1968 received a one-year prison sentence, later reduced, for slapping Kurt Kiesinger, then chancellor of Germany, in a discussion about his wartime work for the Nazis.

“This recognition by Germany is gratifying,” Beate Klarsfeld, a native of the country, told Reuters after the Paris award ceremony.

Serge Klarfeld, a Romanian Jew whose father was killed in Auschwitz, said at the ceremony that the couple’s work had been “in search of justice for the victims and never out of revenge.”

At the ceremony Susanne Wasum-Rainer, the German ambassador to France, thanked the couple for their contribution to “rehabilitating the image of Germany.”