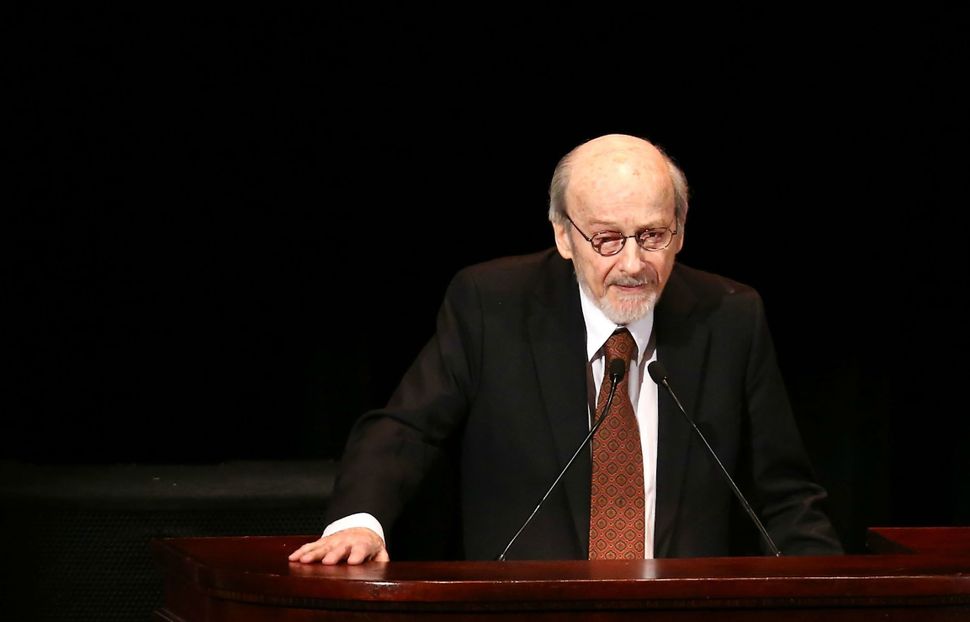 E.L. Doctorow, the author of popular novels grounded in American history including “Ragtime” and “Billy Bathgate,” has died at age 84, his publisher said on Tuesday.

A spokeswoman for the Random House Publishing Group gave no further details but the New York Times, citing the writer’s son Richard, said Doctorow died in New York on Tuesday of complications from lung cancer.

“E.L. Doctorow was one of America’s greatest novelists. His books taught me much, and he will be missed,” President Barack Obama said in a tweet on Tuesday afternoon.

Doctorow authored a dozen novels, short stories, a stage play and numerous articles and essays. His work, which positioned fictional characters in historical context, spanned 150 years of American history, from the civil war through modern time.

“Through books of great beauty and power, and characters I’ll never forget, he showed us America’s great flaws and its astonishing promise, and our own,” Kate Medina, Doctorow’s editor at Random House, said in a statement.

Doctorow was born in New York in 1931 and named after American writer Edgar Allen Poe.

He did not make his achievements seem easy.

“I don’t think anything I’ve written has been done in under six or eight drafts,” he told the Paris Review.

“Usually it takes me a few years to write a book. ‘World’s Fair’ was an exception. It seemed to be a particularly fluent book as it came. I did it in seven months. I think what happened in that case is that God gave me a bonus book.”

Doctorow attended Kenyon College in Ohio and did postgraduate study at Columbia University.

He spent two years in the U.S. Army, serving in Germany beginning in 1954.

After returning home, he worked at Columbia Pictures before moving to Random House, where he was named editor in chief of Dial Press in 1964. He published works by Norman Mailer, James Baldwin and others, the publishing house said.

“Edgar Doctorow was one of the great creative minds of our time,” Gina Centrello, president and publisher of Random House, said. “He was sharp and funny, vocal and opinionated, and he inspired readers with every book, every story, and every essay.”