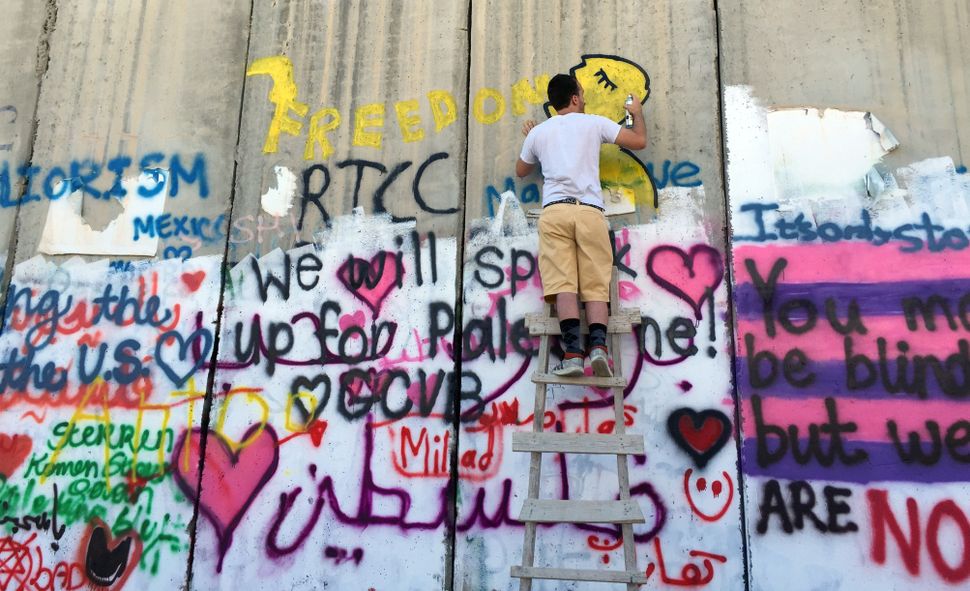 The European Union agreed this week to push ahead with labeling Israeli goods made in settlements in the occupied West Bank, a move that has alarmed the Israeli government; but now there are proposals to go much further, including targeting Israeli banks.

In a paper to be published on Wednesday, the European Council on Foreign Relations, whose proposals frequently inform EU policymaking, argues that the EU is in breach of its own laws and must move much more firmly to distinguish its dealings with Israel from Israel’s activities in the West Bank and East Jerusalem, which it has occupied since 1967.

European diplomats have long said that labeling is only the first in a series of steps the EU could take against Israel over its settlements policy, one that in financial terms is expected to have a relatively minor impact on the Israeli economy.

But the new proposals would go much deeper and further, reaching into banking, loans and mortgages, qualifications earned in settlement institutions and the tax-exempt status of European charities that deal with Israeli settlements.

“Under its own regulations and principles, Europe cannot legally escape from its duty to differentiate between Israel and its activities in the occupied Palestinian territories,” says the report, titled ‘EU Differentiation and Israeli Settlements’.

The authors argue that by pushing much further to separate the EU’s dealings with Israel from the settlements, it will force Israel to decide what sort of relationship it wants with Europe and in turn encourage it to return to talks with the Palestinians on a two-state solution to the conflict.

The most significant proposal is on banking, where large Israeli institutions have daily dealings with major European banks, while also providing loans and financing to Israeli businesses and individuals based in the settlements.

Under European Commission guidelines from 2013, EU- and member-state-funded lending cannot be provided to Israeli entities operating in the occupied territories.

With the British government holding a controlling stake in some banks following the financial crisis, that would in theory prevent those banks providing financing to Israeli counterparts that have dealings in the settlements.

“Do day-to-day dealings between European and Israeli banks comply with the EU requirement not to provide material support to the occupation?” the report asks, saying it is an issue that EU member states have yet to resolve.

The issue extends into loans and mortgages. An Israeli with dual European citizenship should, in theory, not be able to use a settlement property as collateral for a European loan since Israeli-issued property deeds are not recognized.

Another area in which the EU may be in violation of its own rules relates to European charities that are tax-exempt while using funds to support activities in the settlements, which the EU regards as illegal under international law.

And the report questions whether Europe should accept qualifications from academic, medical and other Israeli institutions based in the West Bank given that it does not recognize Israel’s sovereignty over the territory.

Likewise, there is a question mark over whether the EU should be dealing with Israeli institutions – such as the Ministry of Justice and the national police headquarters – which are based in East Jerusalem.

The Israeli government has described Europe’s steps on labeling as discriminatory and wrong-headed, suggesting they are akin to the Boycott, Divestment and Sanctions (BDS) movement, which Israel regards as anti-Semitic.

Prime Minister Benjamin Netanyahu raised his concerns about labeling in a meeting with the EU’s foreign policy chief, Federica Mogherini in May. Mogherini raised the issue of the EU further differentiating its dealing with Israel.

Mattia Toaldo, one of the authors of the ECFR paper, said the EU needed to explain more clearly the legal obligation the EU faces when it comes to differentiation, making a sharp distinction with the BDS campaign. And the ultimate aim, he said, should be to urge Israel towards a two-state solution.

“Differentiation is a legal prerequisite for the EU in order to avoid violating its own laws,” he said. “You have to do it legally and by the book, but it is also beneficial to the peace process because it changes the calculations by the Israelis.”—Reuters