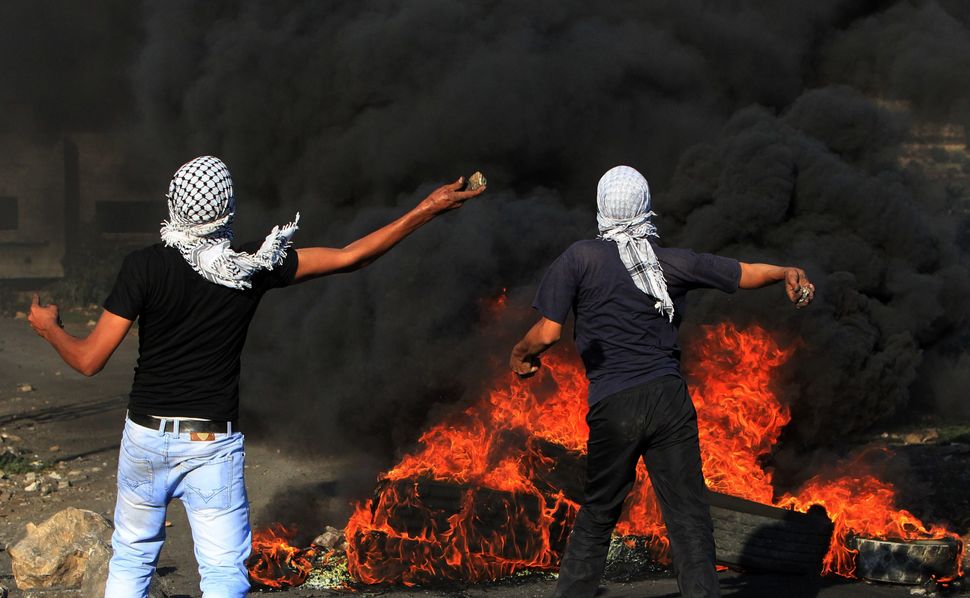 Israeli soldiers killed a Palestinian and wounded two others during a raid on a house in the occupied West Bank on Thursday, Palestinian medical officials said.

An Israeli military spokeswoman said soldiers were attacked by a mob while trying to arrest a suspect in the village of Beit Ummar and opened fire on the main attacker.

As the forces left the scene, the spokeswoman said, they were attacked once more by a mob hurling rocks and bricks and “responded to the assaults with fire towards the main instigator.”

A Palestinian doctor in a Hebron hospital said a 52-year-old man had been shot and killed and two of his sons were wounded. The doctor identified the man as Falah Abu Maria.

Yusuf abu Maria, an anti-Israeli settlement activist in the town, said there had not been any clashes and that the shooting took place inside a house.

On Wednesday, a Palestinian was killed in a separate arrest raid when clashes erupted with residents.

Israeli troops enter Palestinian-controlled territory frequently to detain people suspected of militant activity. The Palestinians condemn this practice as an encroachment on the limited self-rule they hold in parts of the West Bank.