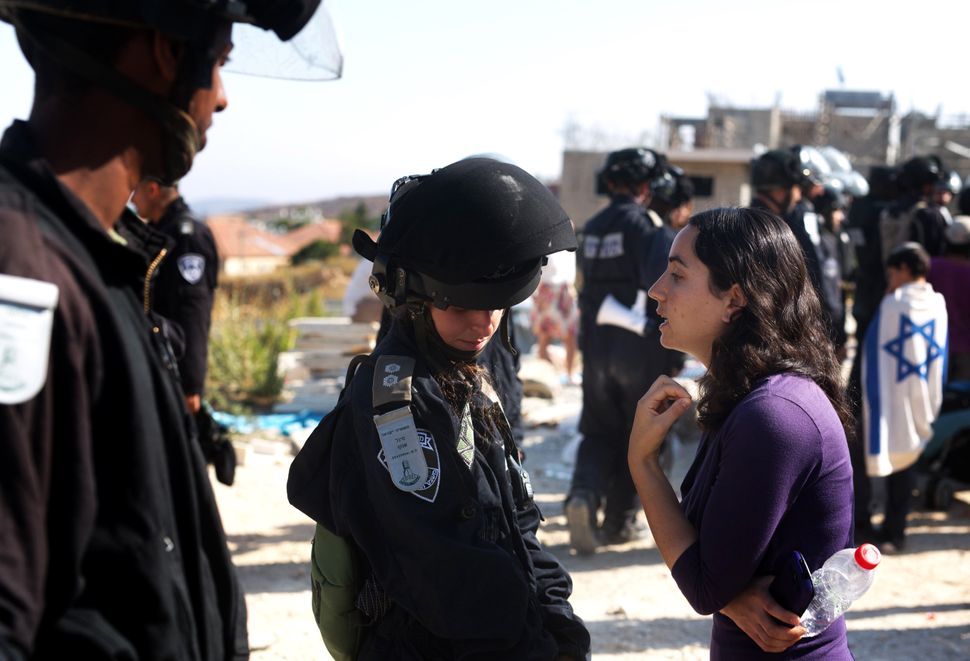 Israel gave final approval on Wednesday for plans to build 300 new homes in a Jewish settlement in the occupied West Bank, announcing the move as it carried out a court demolition order against two vacant apartment blocs at the site.

Dozens of Jewish settlers have gathered over the past several days at Beit El settlement to protest against the demolition. Israel’s Supreme Court ruled the two partially-built dwellings were constructed illegally on Palestinian-owned land.

Live television footage from Beit El showed settlers, who had scuffled earlier with police at the site, watching an excavator tear into the buildings but not intervening.

Ultra-nationalists in Prime Minister Benjamin Netanyahu’s governing coalition had urged him to press ahead with the 300-home project, first announced three years ago and slated for a different tract of land in Beit El, as compensation for the demolition.

A statement issued by the Prime Minister’s Office said the “immediate construction of 300 housing units” had been approved.

In addition, the statement said, planning approval was granted for the building of 413 homes in the East Jerusalem area.

Israel captured the West Bank and East Jerusalem, territory Palestinians seek for a state of their own, in the 1967 Middle East war. Most countries consider the settlements that Israel has built in occupied land as illegal.

Settler leaders have been lobbying Netanyahu over the past few weeks to step up housing construction, seen internationally and by Palestinians as an obstacle to their statehood aspirations.