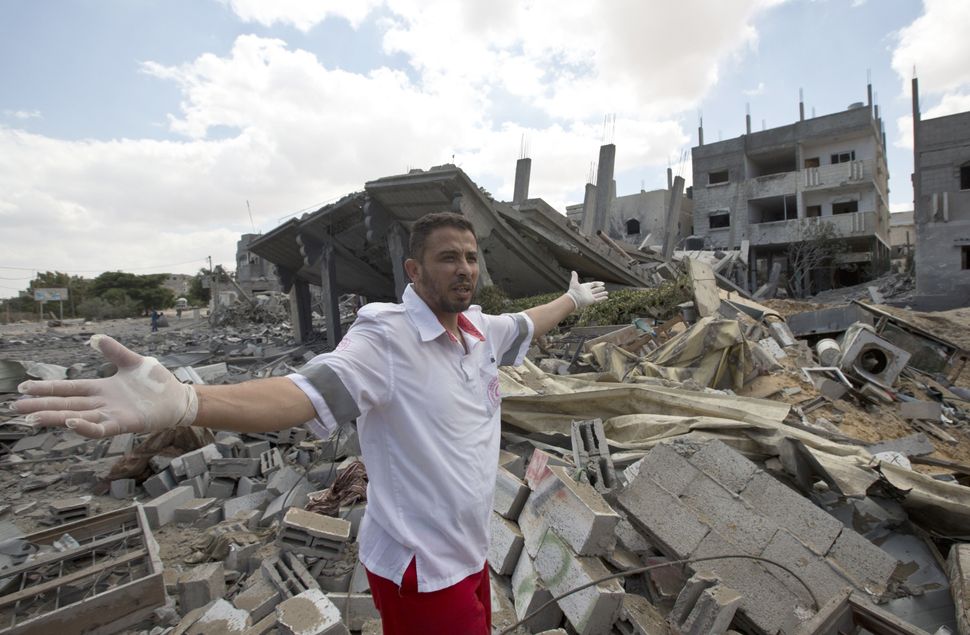 The response of Israel’s military to the capture of an Israeli soldier during last summer’s Gaza conflict amounts to war crimes and crimes against humanity, Amnesty International said in a new report.

Following the capture into a terror tunnel of Lt. Hadar Goldin, who later was declared dead based on evidence at the scene of his capture, the IDF bombarded the southern Gaza city of Rahat for four days, killing at least 135 people, injuring hundreds and destroying homes.

According to the report released on Wednesday, “there is overwhelming evidence that Israeli forces committed disproportionate, or otherwise indiscriminate, attacks which killed scores of civilians in their homes, on the streets and in vehicles and injured many more.”

“There is consequently strong evidence that many such attacks in Rafah between 1 and 4 August were serious violations of international humanitarian law and constituted grave breaches of the Fourth Geneva Convention or other war crimes,” according to the report.

The report cites the U.N. Independent Commission of Inquiry on the 2014 Gaza Conflict, released last month, which found that some Israeli army actions “were disproportionate or otherwise indiscriminate and found that some might amount to war crimes.” Palestinian terror groups in Gaza also were accused of possible war crimes.

The report relies on victims and other eyewitnesses, including medics, journalists, and human rights defenders in Rafah; reports by human rights and other organizations; news and media feeds as well as videos and photographs; and public statements and other information from Israeli and Palestinian official sources.

Israel’s Foreign Ministry rejected the report, saying in a statement that the report “is fundamentally flawed in its methodologies, in its facts, in its legal analysis and in its conclusions.”

The statement said that the report’s methodology “brings into serious question Amnesty’s professional standards,” and that by focusing on Goldin’s kidnapping “Amnesty forgot that there was an ongoing conflict – during which the IDF was operating to stop rocket fire and neutralize cross-border assault tunnels, and Palestinian terrorist organizations were actively engaging in intensive conflict against the IDF from within the civilian environment.”

“Once again Amnesty has shown its compulsive obsessiveness towards Israel, by rehashing already existing claims and complaints into a smoke and mirrors website,” the statement said.