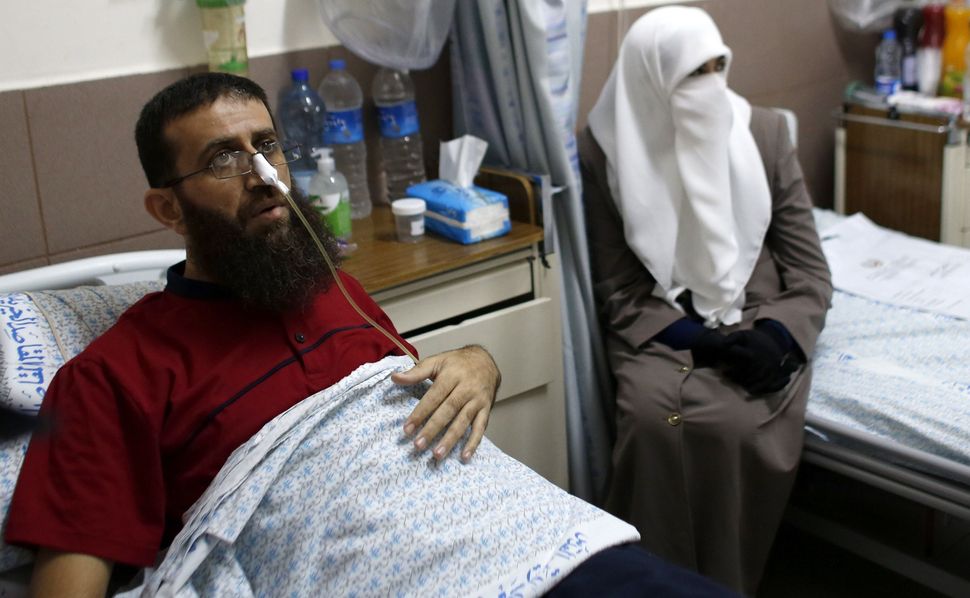 Israel’s parliament authorized on Thursday the force-feeding of prisoners on hunger strike, a move that has met vehement opposition from the country’s medical association and rights groups.

The legislation promoted by Prime Minister Benjamin Netanyahu’s rightist coalition reflected Israel’s concern that hunger strikes by Palestinians in its jails could end in death and trigger waves of protests in the occupied West Bank.

But Israel’s Medical Association, which considers force- feeding a form of torture and medically risky, has urged Israeli doctors not to abide by the law.

The government weathered a lengthy parliamentary debate and the law passed with 46 lawmakers in favor and 40 opposed in the 120-seat Knesset.

In the West Bank, Qadoura Fares, chairman of the Palestinian Prisoners Club that advocates for Palestinians jailed by Israel, denounced the law as a product of a “racist and fascist” government.

“It pushes the medical community to severely violate medical ethics for political gains, as was done in other dark regimes in history,” the group said in a statement, urging the doctors “to refuse to serve as a fig leaf for torture.”

Gilad Erdan, Israel’s Internal Security Minister, defended the law as a way to prevent Palestinians jailed for security offenses from using hunger strikes to pressure Israeli authorities to release them.

Writing on Facebook, he said it would ultimately be up to an Israeli civilian court to decide whether to order force-feeding.

In June, Khader Adnan of the Palestinian Islamic Jihad militant group went on a hunger strike in jail for 56 days, refusing solid food and drinking only water, demanding an end to his detention without trial.

Adnan, who was released this month, had gone on hunger strike for 66 days during a previous detention in 2012, the longest such Palestinian protest. It ended when Israeli authorities promised to release him.

Adnan was held without trial under so-called administrative detention, a method Israel says it employs as a security measure to prevent violence.