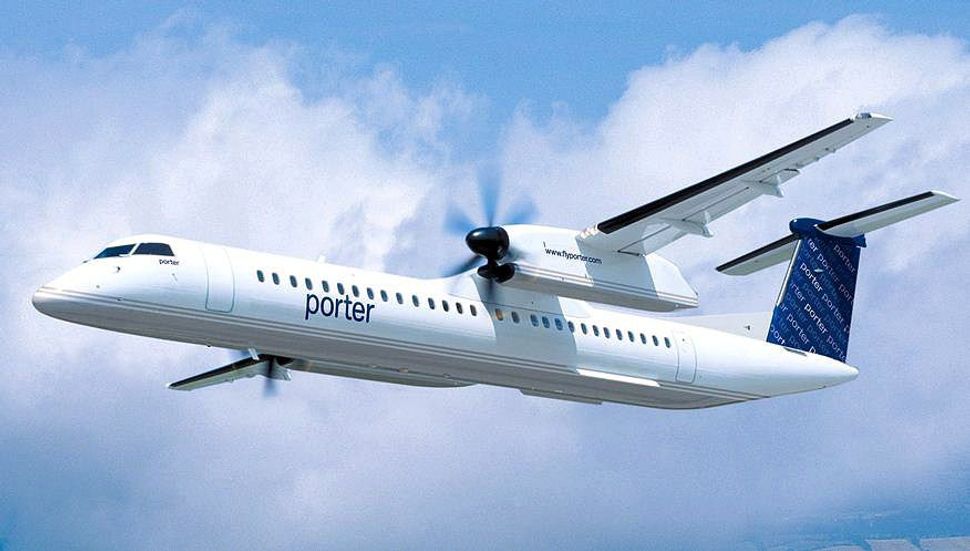 Christine Flynn, 31, said she was buckled in and waiting for Porter Airlines Flight 121 from Newark, N.J. to Toronto to take off early Monday morning when a haredi Orthodox Jewish man approached, CBC News reported Wednesday.

“He came down the aisle, he didn’t actually look at me…or make eye contact. He turned to the gentleman across the aisle and said, ‘change,’ ” Flynn told the broadcaster.

When the first passenger refused to switch seats, the man then asked another passenger in the row behind to switch with her, she said, adding that the Jewish man never spoke directly to her or made eye contact.

A flight attendant finally found a place for the man to sit, next to another man.

“He could have made a plan, he could have put in a request,” Flynn said in an interview Wednesday on CBC Radio.

She said she wants an apology from the airline.

“There really should be a policy around this. If people are going to get on flights and demand that they sit next to someone of the same sex, there should be an area where they can go. I should not have to move because someone has a problem with my uterus.”

An airline spokesman confirmed that the situation occurred but said the flight attendant “did his best to manage the situation as efficiently and reasonably as possible in order to avoid an unnecessary delay.”

He said most requests to switch seats involve family members who wish to sit together or something as simple as wanting a window seat. “Religious preferences are very rarely a factor.”

In a statement, Rabbi Reuben Poupko, chair of the Canadian Rabbinic Caucus of the Centre for Israel and Jewish Affairs, said that “from a mainstream Orthodox perspective, there is nothing wrong with sitting next to a woman on an airplane or public transit. Leading Orthodox halachic authorities have long maintained a consensus regarding the permissibility of opposite-sex seatmates.”

Poupko said “a tiny minority within the Orthodox community considers it religiously prohibited to sit next to a person of the opposite sex to whom they are not related.”

But in such a case, the onus is on the passenger making the request, the statement said.

Recent reports have chronicled conflicts between ultra-Orthodox Jewish men and female passengers on flights, with several flights from New York to Israel delayed or disrupted over the past year.