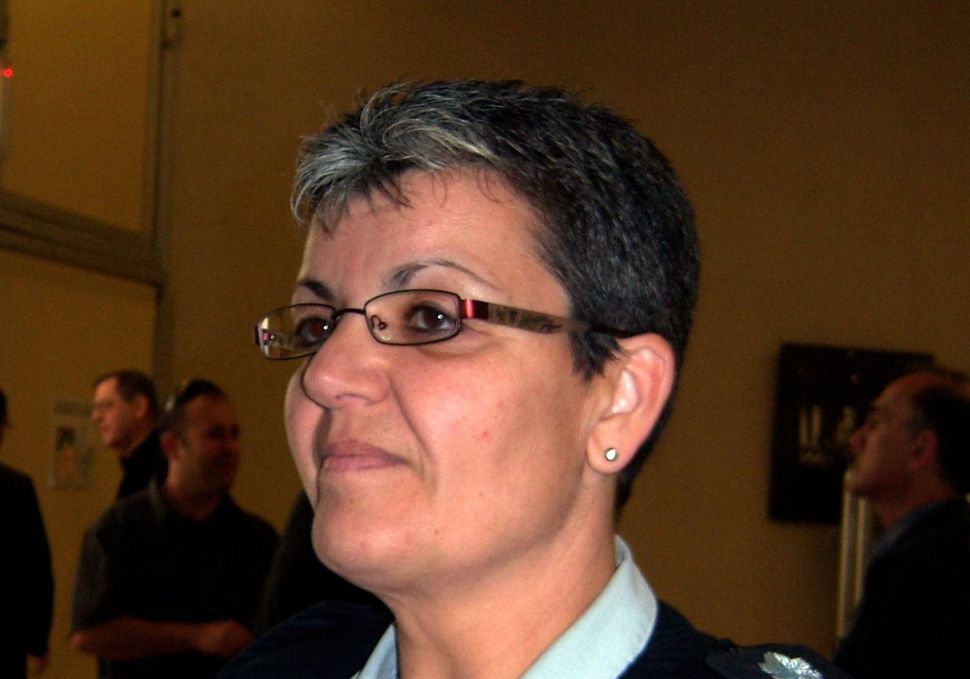 Sima Vaknin-Gill may be Israel’s last chief military censor. And she makes no secret of welcoming that.

After 10 years in a role that stirs frequent annoyance and occasional dread among journalists, Vaknin-Gill wants her office, which dates back to the country’s wartime founding, replaced with a streamlined civilian agency more in sync with contemporary media freedoms.

Her call for reform, set out in an 88-page essay in a Defense Ministry journal this week, is largely academic: military censorship in Israel is already a waning apparatus.

By law, Israeli journalists and accredited international correspondents must submit, prior to publication, any item touching upon security issues to the censor’s office. In reality, this is not done – a nod to the impracticality of blanket oversight in a country with fast-breaking military news.

Instead, and despite their sweeping blackout powers, Vaknin-Gill and her staff of 35 usually limit intervention to reports about core secrets such as intelligence missions or nuclear projects. Their decisions can sometimes be overturned on appeal.

Israel’s security services can also supersede the censors by getting court-issued gag orders that are harder to challenge.

These factors, as well as a surge in social media-generated news on Twitter, Facebook and instant messaging, drove Vaknin-Gill to argue for an alternative before she retires next month.

“It’s a matter of recognizing the situation as it is, and institutionalizing the values of Israel both as a democracy and a democracy that has to defend itself,” the 50-year-old air force brigadier-general told Reuters in an interview.

While elsewhere in the region fear of retribution often scotches any safeguard for free expression, Israel tries to balance Western-style credentials with a perennial war footing.

Looking to official secrecy regulations in the United States and Britain, Vaknin-Gill advocates “more preemption and less prevention” of sensitive reporting in Israel.

She envisages a civilian agency – preferably without the word “censorship” in its title – that would provide advance “guidance” to the media on steering clear of exposing facts that Israel deems crucial to its national security.

Such cooperation would be eased, she believes, by whittling down the list of issues whose publication must be approved to 13, from the current 41 – which includes outdated concerns like clandestine Jewish immigration from the former Soviet Union or senior military appointments and routine troop deployments.

“We don’t even bother distributing the full list to foreign journalists any more, because of its clear lack of relevancy,” Vaknin-Gill said. “So why do we need the headache and image problems of keeping it on the books at all?”

Under Israeli law, censorship violations can result in treason charges, even the closure of a newspaper. But that is seldom enforced. The most spectacular crackdown to take place during Vaknin-Gill’s tenure was the jailing in 2011 of Anat Kam, a former army conscript who leaked documents about shoot-to-kill orders against suspected Palestinian militants in the West Bank.

She was punished despite the fact that the Israeli broadsheet that printed her disclosures did so after clearing the story with the censors.

Higher-profile leaks have been commonplace in Israel. During the 2006 Lebanon war, Israeli generals complained about each others’ tactics in off-record media interviews. During last year’s Gaza war, supposedly confidential casualty predictions discussed by the security cabinet quickly became public news.

Vaknin-Gill favors holding military officers and government officials more stringently to their non-disclosure obligations – something she says would be facilitated by trimming censorship.

“The real secrets will be kept secret, I hope, because everyone will understand their importance,” she said.

Vaknin-Gill’s reform manifesto got the green light from Defense Minister Moshe Yaalon, a hawk who has shown liberal leanings on other matters, such as gay marriage. But Yaalon has not yet said where he or the government stands on her ideas.

The question may have been rendered moot by cost cuts. Israel’s armed forces commander, Lieutenant-General Gadi Eizencot, has proposed shifting military censorship to the civilian realm so it no longer draws from the defense budget.

Some civil liberties experts are unimpressed.

“The military censors have long lost any central status they had in blocking publications,” said Avigdor Feldman, an Israeli lawyer and veteran defender against official secrecy prosecutions, who sees court gag orders as the bigger obstacle.

Feldman, whose cases have sometimes been published abroad before they could be reported in Israel, wants comprehensive transparency: “The age of secrecy has passed from this world.”—Reuters