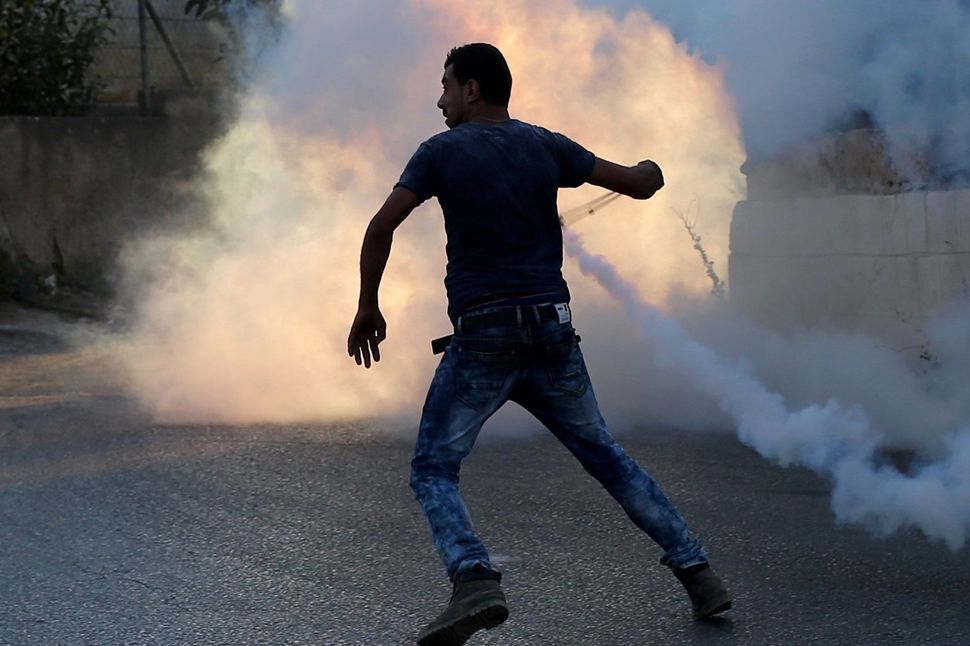 A Palestinian youth died on Saturday at a West Bank hospital following a clash with Israeli troops near Ramallah, Palestinian hospital officials said.

The confrontation was one of three in a matter of hours in which Palestinians died from Israeli-Palestinian violence on one of the most tense days in the occupied West Bank and the Gaza Strip in recent months.

Israeli soldiers fired at the Palestinian after he threw a fire-bomb at them, the military said.

Earlier on Friday, an 18-month-old Palestinian boy was killed in a house fire in the West Bank village of Duma near Nablus that was set by suspected Jewish assailants. His parents and a sibling are in critical condition in Israeli hospitals, officials said. [ID: L5N10B05G]

In the Gaza Strip the same day, Israeli soldiers shot dead a Palestinian teenager near the border fence in the northern part of the coastal territory, Palestinian medical officials said.

Israeli troops on Saturday used riot dispersal means to break up a stone-throwing clash in the West Bank between Israeli settlers and Palestinians, the Israeli army said. No casualties or arrests were reported.

Friday’s arson attack drew anger and widespread condemnation from Palestinian and Israeli leaders, who denounced it as an act of terror. The United Nations, United States, European Union and other countries also denounced the attack and called for calm.

A statement from Palestinian President Mahmoud Abbas’s office said that after meeting with senior officials, they had called for United Nations protection.

“We must reinforce and activate people and peaceful resistance on all levels and on all tracks in order to confront and deter the terror of settlers who are protected by (Israel),” the statement said.

The Israeli anti-settler group Peace Now has called for an emergency protest rally to be held in Tel Aviv later on Saturday.