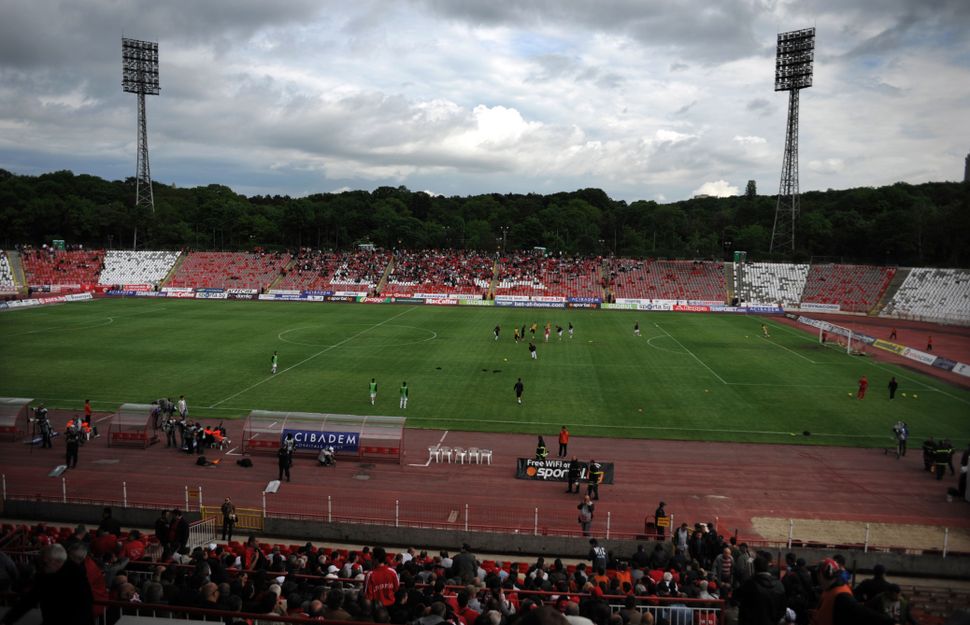 Players from the Ashdod team escaped using some empty stands after Bulgarian fans ran out onto the field throwing bottles and physically attacking players during the match on Sunday, according to reports.

The attack came after members of the Ashdod team committed a rough foul against a player from CSKA Sofia at the end of the second half of the match.

Ashdod coach Eyal Lahman was hit in the face with a broken bottle. Other players reportedly received light injuries as well.

The Israeli team was leading 1-0 when the game was stopped.

Some Bulgarian fans reportedly were shouting anti-Semitic epithets at Israeli players during the game. They also reportedly cheered when the Israelis were driven out of the stadium as stadium security blocked fans from pursuing the players.

Sofia police reportedly believe that some fans had been planning to cause a disturbance during the match.