NY, Boston and Miami Are America’s 3 Most Jewish Cities 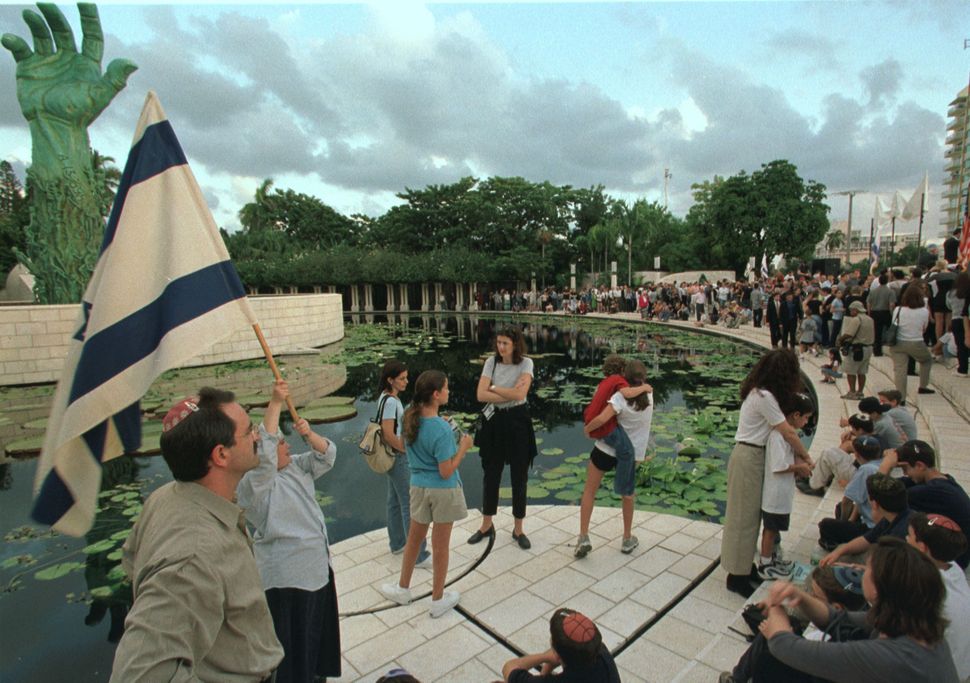 New York, Boston and Miami are the three most Jewish cities per capita in the country, according to a new analysis of data gathered last year by the Public Religion Research Institute.

Eight percent of New York City residents are Jewish, followed by Boston at 6 percent and Miami at 5 percent, according to the data. Philadelphia and San Francisco each are 4 percent Jewish, and Chicago and Washington are 3 percent Jewish.

Nationally, 2 percent of all Americans are Jewish, according to the study. Los Angeles, which by raw numbers is believed to house the country’s second-largest urban Jewish population, is just 2 percent Jewish, the analysis found.

Ranked by state, New York and New Jersey tie as the most Jewish, with 6 percent of residents in both counted as Jews. Next are Massachusetts (5 percent) and Maryland (3 percent), followed by California, Connecticut, Florida, Illinois, New Mexico, Pennsylvania and Vermont each with 2 percent.

The analysis is based on data collected in some 52,741 telephone interviews conducted in 2014 as part of the Public Religion Research Institute’s American Values Atlas.

Overall, the largest urban religious group is Catholics, who are No. 1 or tied for the top spot in 15 of America’s top 30 metropolitan areas. Religiously unaffiliated make up the top “religious group” in 10 of those metro areas, and white evangelical Protestants are the plurality in six of the major metro areas. Atlanta is the only major metro area with a different group at the top: black Protestants.

Nationwide, Nashville, Tennessee, has the largest percentage of a single religious group, with 38 percent of all residents identifying as white evangelical Protestant.

The least religious city appears to be Portland, Oregon, where 42 percent of respondents identified as religiously unaffiliated. Two percent of the city’s residents are Jews.

NY, Boston and Miami Are America’s 3 Most Jewish Cities