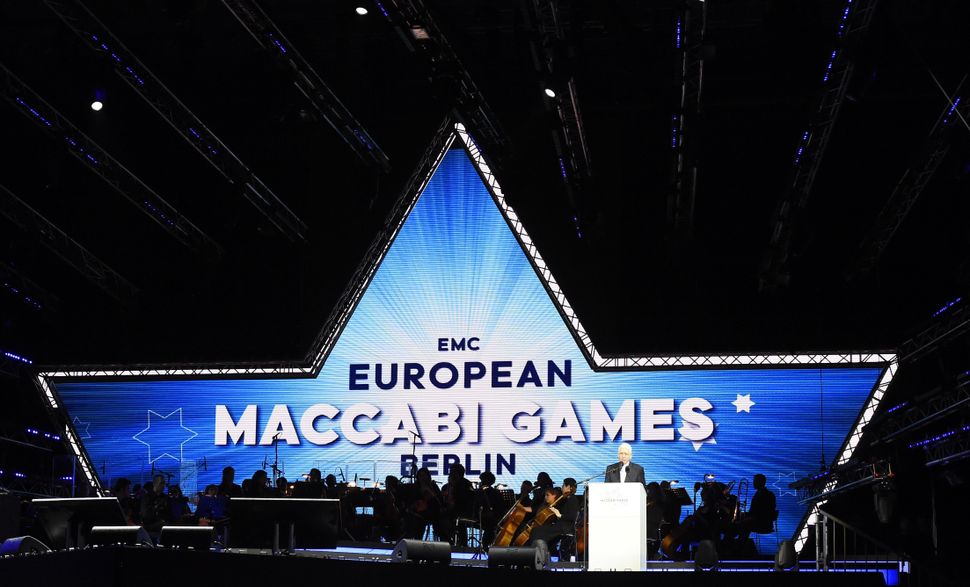 A Shabbat meal at the European Maccabi Games has broken a Guinness World Record.

Some 2,322 Jewish men and women gathered Friday night for a meal held by Chabad-Lubavitch at the games in Berlin, Chabad.org reported, making it the largest Shabbat meal ever. Rabbi Yehuda Teichtal, the head of Chabad in that German city, presided over the festivities.

The gathering broke the mark of 2,226 set in June 2014 at an event hosted by White City Shabbat, a Tel Aviv organization that hosts and coordinates Shabbat meals. That meal also was co-sponsored by Chabad-Lubavitch.

“There was much more than meets the eye,” Chabad rabbinical student Shneur Volfman of Oak Park, Michigan, who volunteered at the games as part of the Roving Rabbis program, told Chabad.org about the Berlin event. “Even giving out kippahs. It may seem simple, but when you realize how many people there were, you see it’s a big deal.”