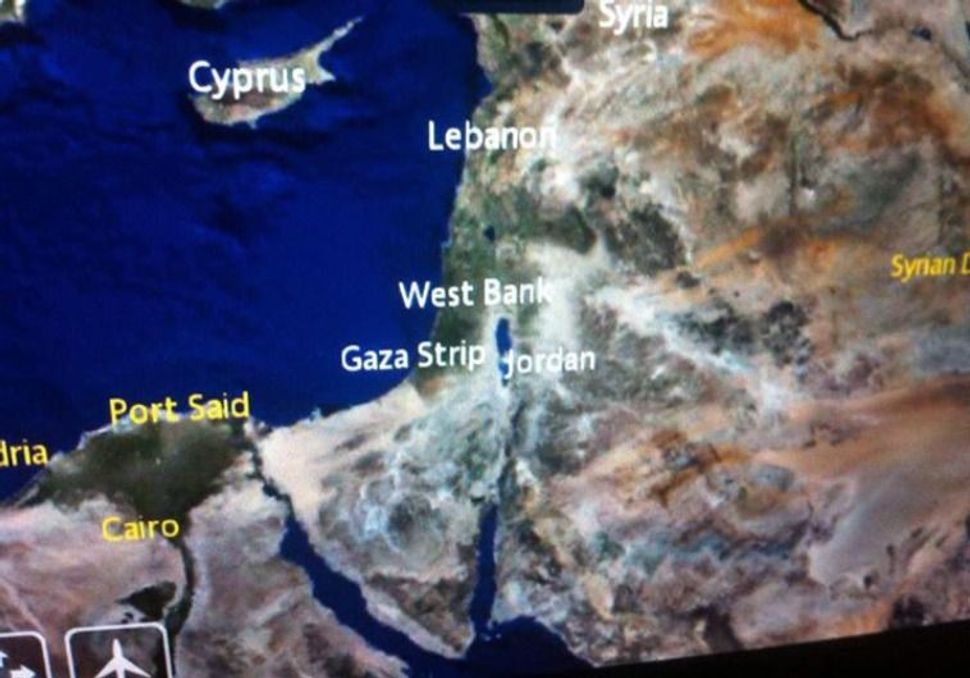 Air France said it “deeply regrets” the technical problems that omitted Tel Aviv and Jerusalem from in-flight map displays that showed Gaza and the West Bank.

On Monday, Air France wrote on its official Twitter account that it “deeply regrets this incident. It is due to a map scale and display problem which is currently being resolved.” The message was a reply to Twitter users who demanded an explanation for Israel’s absence from the map.

The airliner’s tweet followed a query sent earlier in the day by the Simon Wiesenthal Center regarding photos of English- and French-language flight path displays that were taken last week between New York and Paris.

@Israel24x7 Air France deeply regrets this incident. It is due to a map scale and display problem which is currently being resolved. 1/3

The English-language map named Cyprus, Lebanon, the West Bank, Gaza, Jordan and three Egyptian cities. The French-language one listed additionally the Black Sea, Turkey and the Turkish city of Mersin, as well as Syria and its cities of Aleppo and Homs. In addition to Israel, the maps displayed parts of Saudi Arabia, Iraq and Ukraine without listing them.

“We are asked whether Air France has succumbed to the BDS (Boycott, Divestment, Sanctions) campaign to delegitimize the Jewish State by literally wiping it off the map,” Shimon Samuels, director of international relations for the Simon Wiesenthal Center, wrote in his letter to Air France CEO Frederic Gagey.