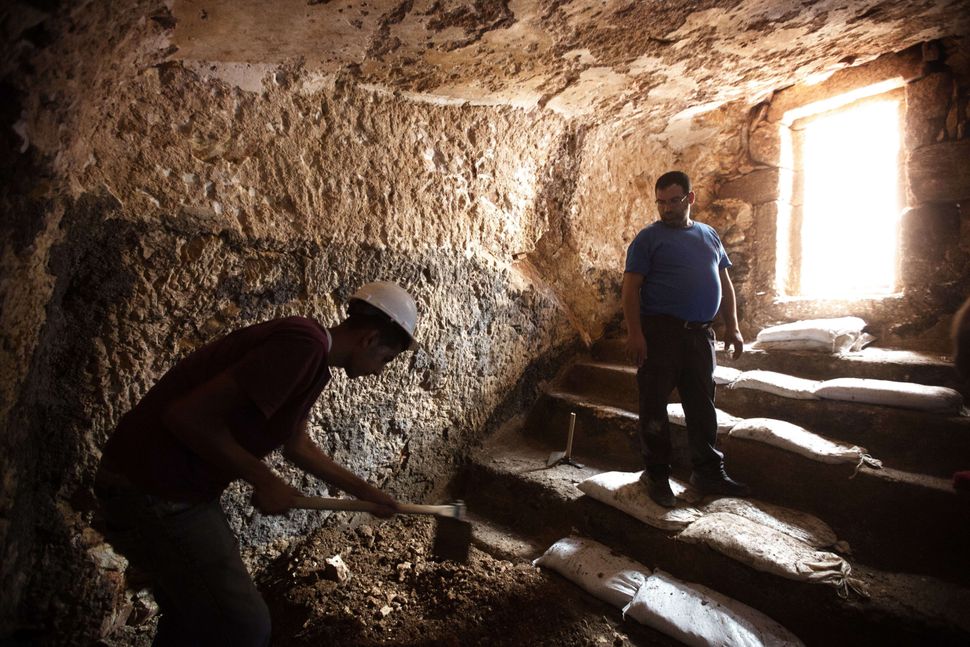 An ancient mikvah covered in paintings and inscriptions was discovered in Jerusalem at the construction site of a nursery school.

The school was being built in the upscale Arnona neighborhood of southern Jerusalem when the ritual bath dating to the Second Temple period was discovered two months ago during a routine archaeological inspection, the Israel Antiquities Authority announced Wednesday.

An anteroom flanked by benches led to the mikvah. A wine press was excavated alongside the ritual bath.

The walls of the mikvah were treated with ancient plaster and decorated with numerous wall paintings and inscriptions written in mud, soot and incising, according to the antiquities authority. The inscriptions are Aramaic and written in cursive Hebrew script, which was customary at the end of the Second Temple period. Among the symbols are a boat, palm trees and various plant species, and possibly a menorah.

It is not known what the inscriptions say, though it is believed that some are names.

“Such a concentration of inscriptions and symbols from the Second Temple period at one archaeological site, and in such a state of preservation, is rare and unique and most intriguing,” Royee Greenwald and Alexander Wiegmann, the excavation directors, said in a statement.

The wall paintings, which are so sensitive that their exposure to air causes damage, were treated at the site and then removed and transferred to the conservation laboratories of the antiquities authority for further treatment.