4 Gazans Killed By Detonation of Israeli Rocket Found in Rubble 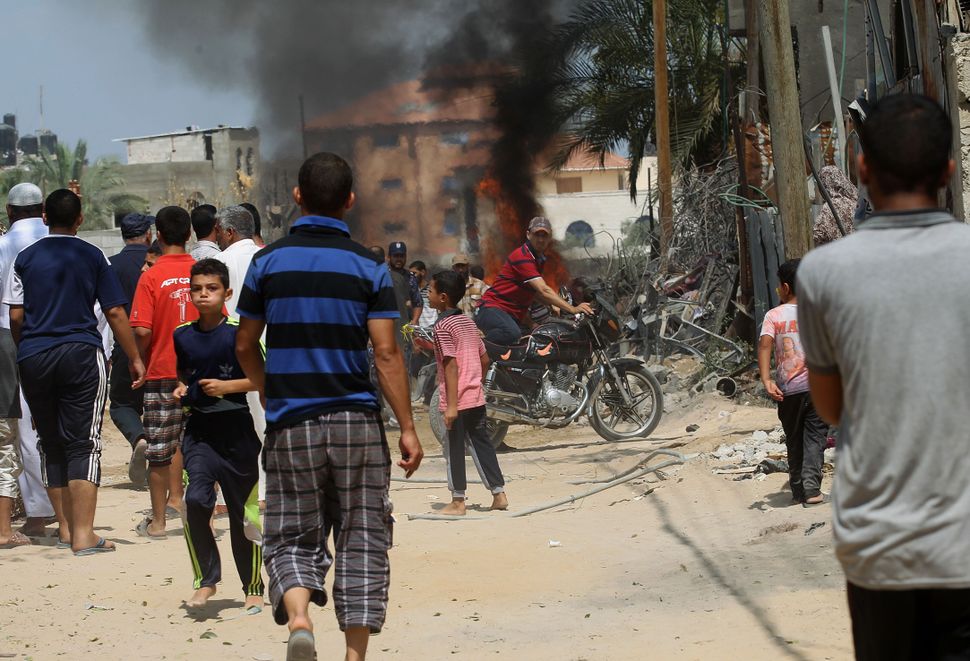 At least four Palestinians were killed and more than 30 wounded in southern Gaza when unexploded ordnance from last summer’s war with Israel was moved.

The rocket went off while rubble was being cleared from a home in Rafah in order to begin reconstruction, the Palestinian Maan news agency reported.

The four killed were all members of the same family, according to Maan.

4 Gazans Killed By Detonation of Israeli Rocket Found in Rubble