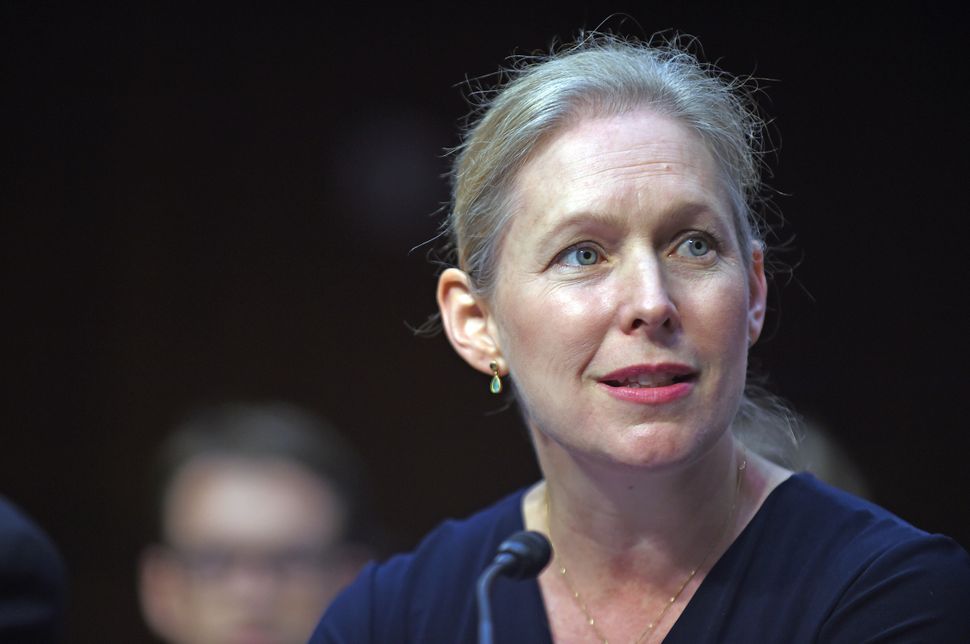 Sen. Kirsten Gillibrand, D-N.Y., said she would back what she called an “imperfect” Iran nuclear deal.

Gillibrand, the junior senator from New York, said in a statement Thursday that Iran was likelier to obtain a nuclear weapon sooner should Congress kill the deal.

“Iran will still be disruptive in the Middle East and fund terrorist activities,” Gillibrand said.

“This regime will continue to deny Israel’s right to exist, the Quds Force,” an division of the country’s Revolutionary Guards, “will still be listed as a terrorist organization, and Iran will continue to exacerbate tensions with our allies in the region,” she said. “But Iran would be exponentially more dangerous to Israel and the entire region with a nuclear weapon.”

Gillibrand’s decision was not unanticipated, but is still a blow to opponents of the deal. Democrats around the country face pressure from the administration to back the deal and from the mainstream pro-Israel community to oppose it, but nowhere has opposition has been more intense than in New York, where there was a mass rally last month against the deal. Gillibrand’s choice shows that the administration’s arguments are persuasive even under those circumstances.

Sen. Charles Schumer, D-N.Y., the state’s senior senator and in line to lead his party in the Senate after Sen. Harry Reid, D-Nev., retires next year, has yet to pronounce. He has said he has been inundated with calls urging him to oppose the deal.

With Republicans mostly opposing the deal, Democrats are the battleground. Opponents must garner two thirds of both congressional chambers to override President Barack Obama’s pledged veto of any rejection of the deal.

Gillibrand outlined what she said were the deal’s flaws, including advance notice of up ro 24 days of inspections in non-authorized nuclear sites and the lifting of U.N. embargoes on arms sales in five and eight years.

Separately, Sen. Marco Rubio, R-Fla., a candidate for the Republican presidential nomination, said investors in Iran should realize that they would likely lose their money should he be elected president.

Rubio, in an interview with the Atlantic, expressed near certainty that Iran would violate the deal or would otherwise incur sanctions.

“What they need to know is that if they make a significant investment in Iran and a future administration reimposes sanctions, or Iran violates the deal, or Iran conducts some outrageous act of terrorism around the world and [is] sanctioned for it, your investment could be lost,” he said. “If you go into Iran and build a pharmaceutical plant, and you invest all this money to build it, and then suddenly Iran does something, and now you’re subject to sanctions if you continue to do business with them, you’re going to lose that investment.”