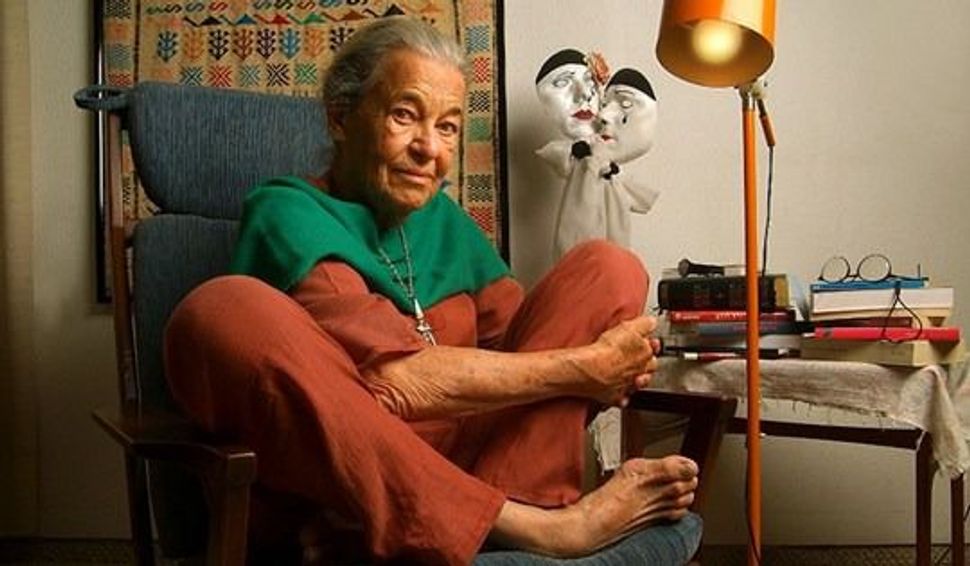 Porat passed away Thursday in her home, i24 News reported.

Porat won the prestigious Israel Prize in 1979 for a lifetime of achievement in theater as well as Yedioth Ahronoth’s Kinor David prize in 1970, 1974 and 1980.

Born in Germany as Irene Klein, she moved to pre-state Israel with her Jewish husband in 1947. In Germany, she had studied acting from 1940-1942 and eventually began working at a theater in Schleswig.

Porat’s husband, Yossef, was an employee of Israel’s foreign intelligence service, the Mossad. He passed away in 1996.

During her time at the Cameri Theater of Tel Aviv, where she began performing in 1948, Porat created and managed its children’s theater from 1965-1970. After it closed, she created another, the Orna Porat Theater for Children and Youth.

The Cameri arranged for her body to be placed in a coffin on its main stage on Friday, before she will be brought for burial in Hadid, a moshav located between Jerusalem and Tel Aviv.

Israel’s former President Shimon Peres sent a letter of condolence to Porat’s family, saying she was “a cultural giant – she introduces theater to the Israeli society, especially the young generation” and “educated our children and grandchildren to love the theater.”