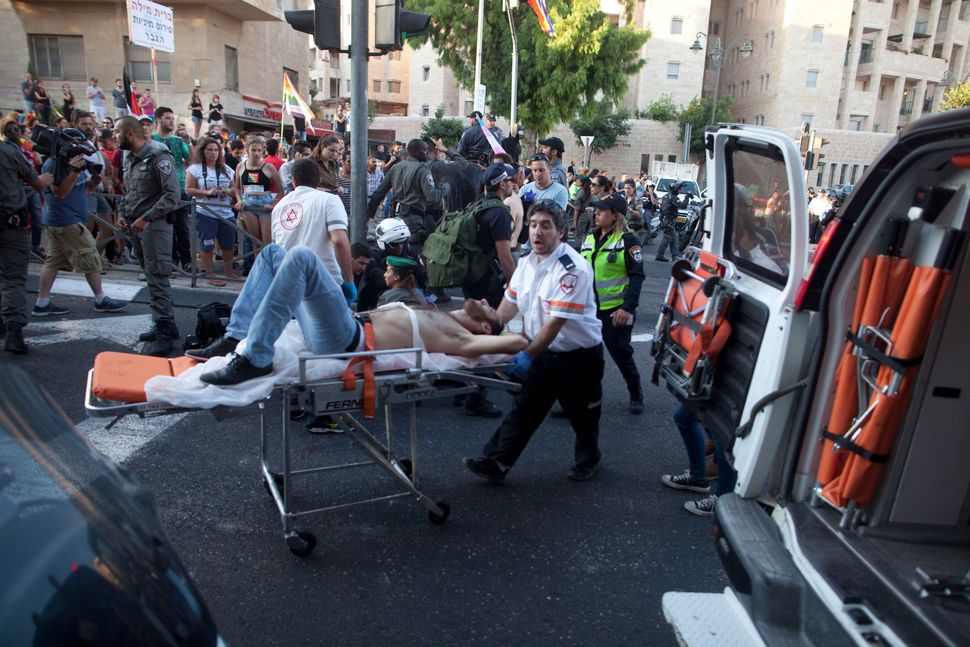 The delegation of Haredim, or fervently Orthodox Jews, who came together and organized the visit as part of a grassroots initiative, arrived at the center at Gan Meir on Wednesday, Haaretz reported Friday.

“I belong to a minority group that suffers from exclusion and [the majority’s] ignorance, just like the gay community,” one of the Haredi visitors, who were not named, is quoted as saying. The delegation rejected the acts of Yishai Schlissel, the Haredi man who on July 30 inflicted fatal wounds on Shira Banki, 16, and wounded five others. One participants called him a lunatic whose actions are resented among Haredis.