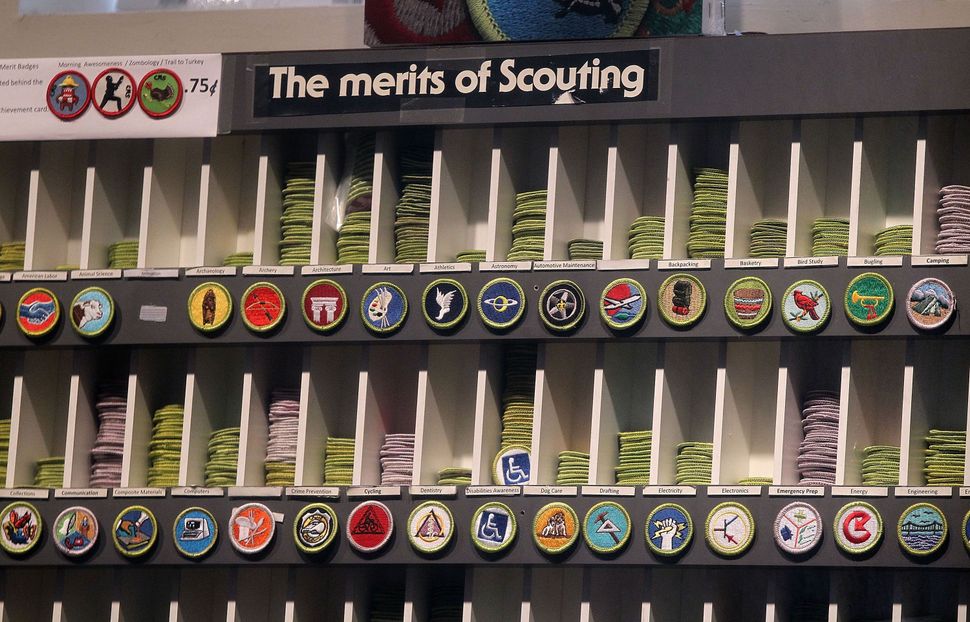 The change of heart came in response to an announcement last Monday by the Boy Scouts of America that it was canceling its policy of banning gay adults from being scout leaders and other employees.

In 2001 — shortly after the Supreme Court upheld the Boy Scouts’ right to ban adult homosexual employees — the Commission on Social Action of Reform Judaism recommended that the nearly 300 Reform synagogues that sponsored or hosted Boy Scouts troops sever ties with the organization. That recommendation had remained in force until last week.

According to the Religion Action Center, an advocacy group governed by the Commission on Social Action, the “vast majority” of American Reform synagogues parted ways with their Boy Scouts troops in line with its recommendation.

The Commission on Social Action is made up of Reform Jewish leaders and rabbis and is based in Washington, D.C.

On Wednesday, the commission issued a new memo saying that synagogues should feel free to re-affiliate with the Boy Scouts in light of the policy change.

“After considering the BSA [Boy Scouts of America] policy change, the response from advocates within the scouting community generally and in particular, Scouts for Equality as a leading voice within the gay scouting community, the Commission on Social Action has concluded that if a URJ [Union for Reform Judaism] congregation wishes to re-establish ties with the BSA and host a fully inclusive and welcoming unit, it should do so,” the memo reads.

But the memo contained strong reservations due to the fact that the Boy Scouts policy will continue to allow individual religious institutions that sponsor troops to refuse to hire LGBT employees. According to the commission, 71.5 percent of all troops are chartered by faith-based organizations.

“[W]e note with great concern the fact that some religiously chartered BSA units will continue to discriminate against gay leaders,” the memo reads. “We will continue to advocate for a fully inclusive and welcoming BSA for leaders and scouts who are gay and/or transgender, and we encourage those synagogues who elect to rejoin the BSA to participate whole-heartedly in this effort.”

The Boy Scouts of America, which was founded in 1910, did not allow openly gay youths to be scouts until 2013. That policy change took effect on Jan. 1, 2014, but the Reform Action Committee continued to shun the Boy Scouts.

The Reform movement is the largest denomination of Judaism in the United States, with 35 percent of American Jews counting themselves as members (although far fewer belong to Reform synagogues). The movement ordains openly gay men and women as rabbis. Reform rabbis also officiate at gay weddings.

“We respect the fact that other faith traditions abide by their own teachings, but we hope that the day will come that the scouting movement is completely inclusive of gay scouts and leaders,” Weinstein said.

The Boy Scouts of America did not respond in time to comment for this article.